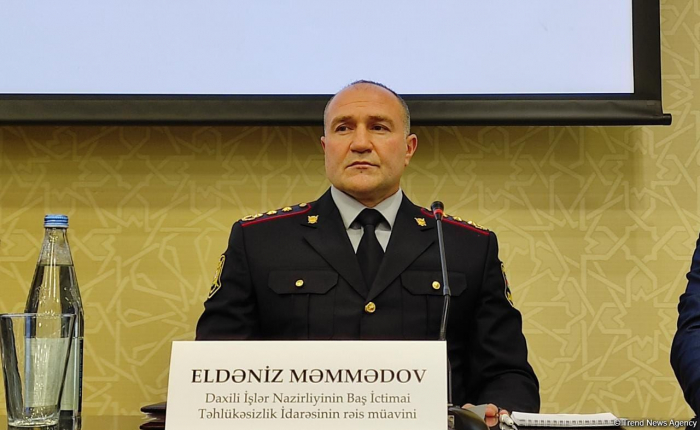 The police cars will accompany passenger buses, which will run through the Azerbaijani lands, liberated from the Armenian occupation, Eldaniz Mammadov, Deputy Head of the Main Public Security Department of the Azerbaijani Interior Ministry, said at a press conference on Tuesday.

“A police officer will be also in each shuttle bus,” Mammadov added. “Throughout the entire trip, passengers will see a video instruction on safety in the liberated territories.”

The trips have already been made on each route in a test regime, the types of buses that will run have been determined. The Ahmadbayli-Shusha trips will be organized four times a week while the trips to other destinations twice a week. The Fuzuli International Airport-Shusha bus trip schedule will be coordinated with the flight schedule.