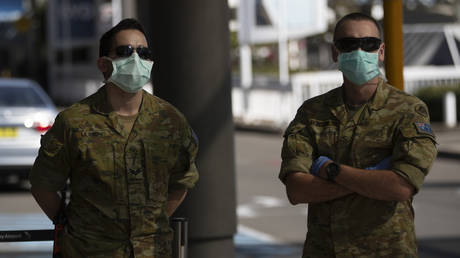 Sydney authorities have been blasted for “militarizing a public health crisis,” after the New South Wales Police Commissioner Mick Fuller requested the support of 300 soldiers to ensure greater compliance with Covid restrictions.

The five million residents in Sydney are currently in the fifth week of a city-wide lockdown that has been extended until the end of August but, so far, with sketchy compliance, it has failed to reduce new daily infections to zero.

To help New South Wales (NSW) police enforce the measures, the regional commissioner has asked the Australian Defense Force to deploy 300 troops to the streets “to boost its operational footprint” and ensure that residents there comply with the restrictions.

“With an increase in enforcement activity over the coming week, I have now made a formal request to the Prime Minister for ADF personnel to assist with [the Covid compliance] operation,” Fuller confirmed, in a statement released by NSW police. (RT)