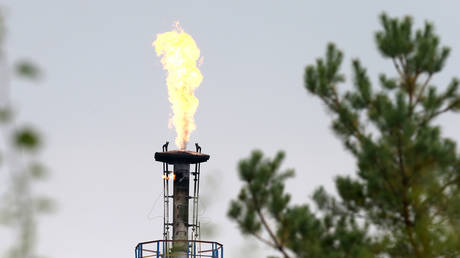 Poland plans to continue buying Russian oil in 2023 via the “Druzhba” (Friendship) pipeline, despite vows from the country’s authorities to abandon imports from the sanctioned country, the daily Kommersant reported on Wednesday.

Poland’s major oil refiner and retailer Orlen has sent a bid to Russia’s oil and gas transporting company Transneft to receive three million tons of oil through the Druzhba pipeline in 2023, the outlet reported, citing a source in the Polish oil industry.

Transneft has confirmed the order without specifying which companies it came from and the requested volumes.

On December 5, an EU embargo on Russian crude oil and petroleum products comes into force. And even though it will not be applied to deliveries via the Druzhba pipeline, Germany and Poland, which receive oil through the northern branch of the pipeline, have officially announced that they will voluntarily give up Russian oil from the beginning of 2023.

Kommersant has pointed out that the Polish oil company has active long-term contracts with Transneft and reminded readers that the country’s foreign minister Zbigniew Rau had said on November 14 that Orlen risks paying a penalty in case of a unilateral withdrawal from the agreement. 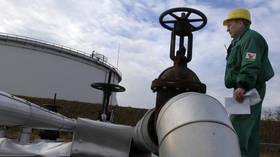 At the moment, Orlen has stopped buying Russian oil on the spot market but continues to receive it under long-term contracts with Tatneft (2.4 million tons per year until 2024) and Rosneft (3.6 million tons per year), the outlet reports. The contract with Rosneft was renewed for two years in March 2021 and, apparently, will still be valid in January and February 2023.

Commenting on the issue, Transneft vice-president Sergey Andronov said that on top of the bids from the company’s clients, which use the southern leg of the Druzhba pipeline, there are “bids from Polish consumers for deliveries through Belarus in 2023.”

Andronov added that he hoped that German buyers of Russian crude would be “equally reasonable about securing stable oil supplies” from Russia.

Druzhba is one of the longest pipeline networks in the world and carries crude some 4,000 kilometers from the eastern part of European Russia to refineries in the Czech Republic, Germany, Hungary, Poland and Slovakia.