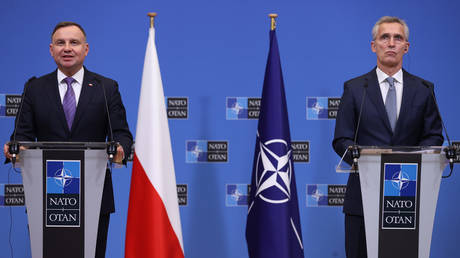 Poland’s president, Andrzej Duda, has suggested NATO should expand its presence in Eastern Europe to defend friendly states outside the US-led military bloc.

Speaking with the organisation’s Secretary General Jens Stoltenberg on Thursday, Duda cited the alleged recent “relocation of Russian forces around the Ukrainian border.” He said that the group should make its presence felt to a greater degree on its eastern flank to “show all potential aggressors that NATO is ready.” He went on to describe Kiev as an important external partner, whose security is at stake. (RT)