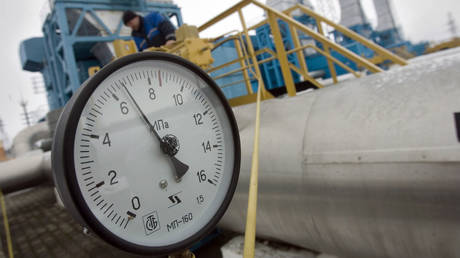 Warsaw is set to confiscate the assets of Russian energy major Gazprom, the country’s media reported on Monday. The move will target the company’s 48% stake in EuroPolGaz, which owns the Polish section of the Yamal-Europe pipeline that used to carry Russian gas to the EU.

The decision to seize Gazprom’s shares was reportedly made by Minister of Development and Technology Waldemar Buda at the request of Poland’s Internal Security Agency. It is intended to “ensure the security of [Poland’s] critical infrastructure,” the ministry said.

According to the media, Polish authorities said the order should be implemented immediately and established a mandatory administration in respect of the Russian entity to ensure the continued functionality of EuroPolGaz, a joint venture between the Russian gas major and Poland’s PGNiG.

The Polish energy major also owns a 48% stake in EuroPolGaz, and Gas-Trading SA the remaining 4%. The Yamal-Europe gas pipeline passes through Russia, Belarus, Poland and Germany, and it used to carry nearly half of Gazprom’s westbound gas deliveries.

Poland’s sanctions against the Russian gas producer have deprived the company of its shareholder status in EuroPolGaz since April, blocking its voting rights and the ability to repatriate dividends.

In May, the Polish government terminated a Russian natural gas contract without waiting for its expiry at the end of 2022, saying the country’s section of the Yamal-Europe gas pipeline could be used for supplies from Germany.