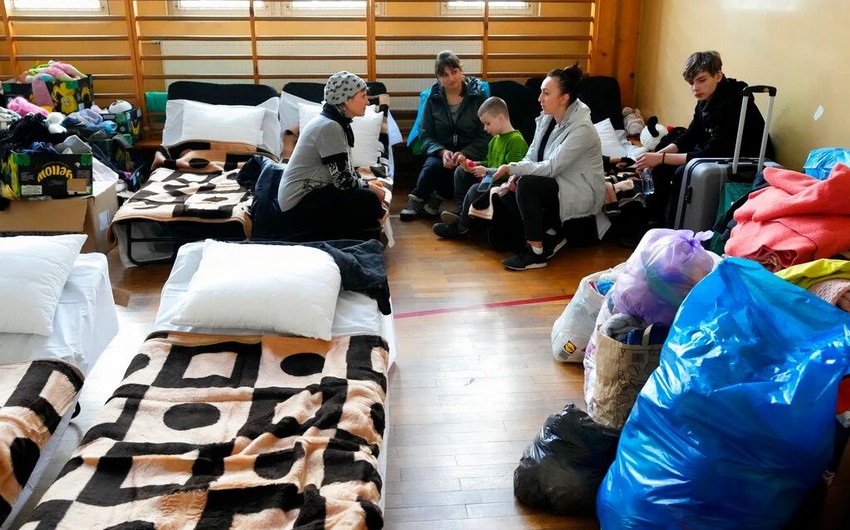 Poland plans to charge Ukrainian refugees for food and housing after four months of staying in state accommodation, the government said, Report informs referring to Reuters.

More than a million Ukrainian refugees made a temporary home in Poland, Ukraine’s western neighbor, after Russia invaded Ukraine on February 24, relying on the kindness of strangers who opened up their homes and government aid.

But after an initial outpouring of public support for refugees, resources are drying up and refugees are having a harder time finding flats and getting support with Poland facing a cost of living crisis and budget strains.

“Citizens of Ukraine who stay in Poland in collective accommodation centers will participate in the costs of housing and meals,” the government said in a statement.

Those staying in such accommodation, for example government-funded hotel rooms or school dormitories, longer than 120 days will have to cover 50% of the cost up to 40 zlotys ($8.87) per day, per person. After 180 days it would be 75% of the cost up to 60 zlotys. Those unable to work because of their age or disability would be excluded, as would pregnant women, according to the plan.

The government wants the new rules to apply from March 1, 2023. The bill will go to parliament where it is expected to pass comfortably.