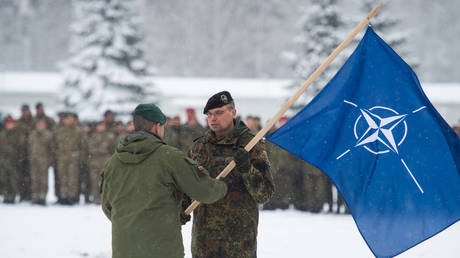 NATO may send troops into Ukraine if Russia deploys nuclear weapons in that country, Polish Foreign Minister Zbigniew Rau told local media on Thursday. The US-led military bloc has repeatedly maintained it’s not at war with Moscow and is not a party to the conflict.

Speaking to RMF FM Radio, Rau was asked how the military bloc would respond if Russia resorts to the nuclear option while fighting with Kiev’s troops. According to the minister, the world would firmly –and in coordination with the US– respond to such an attack.

Should the worst happen, Rau said, NATO’s reaction probably wouldn’t differ much from the steps outlined by US National Security Advisor Jake Sullivan. “It would amount to a conventional response on the territory of Ukraine,” the minister explained.

In this vein, Warsaw’s foreign minister did not rule out that NATO troops could enter Ukraine’s territory. “However, it must also be noted that such a move may be unnecessary, because it is possible to use conventional weapons, such as aviation, or to launch relevant missiles, not necessarily from Ukrainian soil,” Rau added. 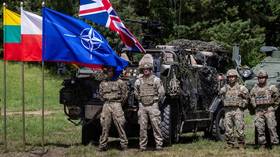 On Sunday, Jake Sullivan warned that Washington and its allies would act “decisively” if Russia uses tactical nuclear weapons in Ukraine, adding that it had communicated “at very high levels to the Kremlin” that any use of nuclear weapons in neighboring country would be “met with catastrophic consequences.”

His comments came after Russian President Vladimir Putin last week issued a warning to the West, noting that those who use nuclear blackmail against Moscow “should know that the wind rose can turn around.”

Meanwhile, later Russia’s deputy foreign minister Sergey Ryabkov reiterated that Moscow is “not threatening anyone with nuclear weapons,” citing Russia’s military doctrine that allows the use of such arms only if the very existence of the country is at stake.

Last week, the chair of NATO’s Military Committee Robert Bauer reiterated that the alliance is not at war in Russia, even as it supports Kiev with large quantities of weaponry in its fight against Moscow. (RT)

Moscow will only deal with nations “that will work with us on market conditions,” Alexander…