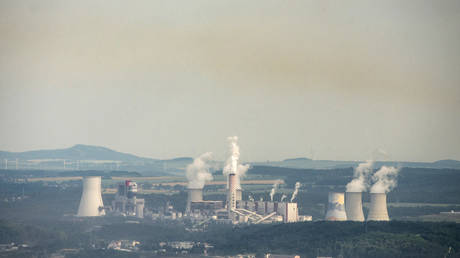 The Polish coal-fired power plant Turow is seen from a hill near Vitkov village in the Czech Republic on June 28, 2021. © AFP / Michal Cizek

Poland must pay a daily penalty of €500,000 ($585,550) for ignoring a previous order from the European Union’s top court to cease operations at the Turow lignite mine, with its CEO slamming the fine as “bizarre”.

On Monday, the EU’s Court of Justice (CJEU) confirmed it was enforcing the financial penalty against Warsaw, stating that Poland must pay the European Commission the daily half-million euro fine until it sees compliance with the earlier order.

Judges from the Luxembourg-based court said that the fine is “necessary… to deter that member state from delaying bringing its conduct into line with that order.”

Wojciech Dabrowski, the CEO of the company that operates the mine, Polska Grupa Energetyczna (PGE), said that the court’s decision to impose fines were “bizarre” and that the firm does not agree with the action taken. The Polish government has also vowed that the mine’s operations will continue despite the ruling. (RT)