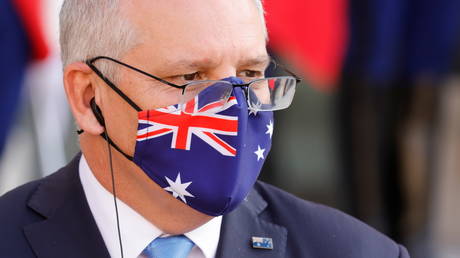 Canberra’s long-term interests are “best served” by a military partnership with Washington and London rather than by its previous deal with Paris, the Australian PM has said, claiming the French vessels were not good enough.

Proceeding with the 2016 submarine deal with France would have been “negligent” and harmful to Australia’s strategic interests, Scott Morrison said on Sunday. Speaking to the media in Sydney, he said he has no regrets over the decision that triggered a multinational diplomatic crisis and is believed to have put the future of NATO at risk. 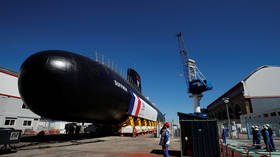 Australia made ‘very clear’ to France submarine deal could be scrapped, PM Morrison says, after Paris brands it ‘stab in the back’

“I’m sure people would understand that Australia’s national interest comes first. It must come first and it did come first. And Australia’s interests are best served by the trilateral partnership that I have been able to form with President Biden and Prime Minister Johnson. That’s what serves Australia’s long-term national interest,” Morrison stated.

Read more:   ADB ready to allocate over $800M to projects in Azerbaijan

The decision to cancel the contract “for a dozen conventional diesel-electric submarines” – with work already underway – has been made in favor of Canberra’s “sovereign national defense interest,” the official said, adding that he “never will” regret it.

He was concerned over the French vessels’ protective sufficiency, Morrison said. “I think they would have had every reason to know that we had deep and grave concerns that the capability being delivered by the Attack Class submarine was not going to meet our strategic interests,” he told the press conference, while also publicly refuting France’s claims it hadn’t been warned of such a scenario. (RT)