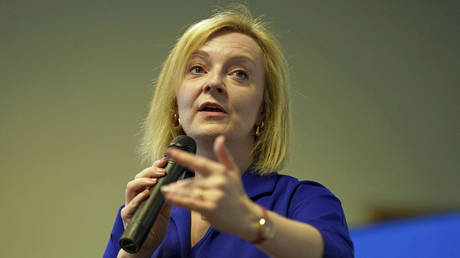 Britain is facing a “tough winter” amid growing fuel and food prices, PM candidate Liz Truss admitted on Friday, adding that “business as usual policies aren’t working” and thus special measures should be taken to prevent a recession.

In an interview with Sky News, the Tory leadership hopeful touched on the burgeoning energy crisis, which has been exacerbated by anti-Russia sanctions and a decrease in Russian natural gas supplies to Europe. While the UK is not dependent directly on Moscow for fuel, it is still suffering from growing energy prices and rising living costs.

“I know it’s going to be a tough winter, I want to do all I can to make sure we are releasing the reserves in the North Sea of gas,” said Truss, who currently serves as foreign secretary. (RT)