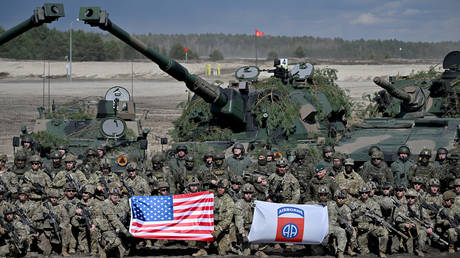 The US plans to keep 100,000 troops in Eastern Europe for the foreseeable future, potentially even increasing the number if it perceives a threat from Russia to NATO or its two new prospective members, Sweden and Finland, several officials told CNN on Friday.

If NATO carries out more military exercises in the area or the “security environment” changes, the US could bring in more troops or even build more military bases in the region, the officials said. The plans are reportedly under consideration following a Thursday meeting of NATO military heads in Brussels, and they will be presented to a meeting of the alliance’s defense ministers next month. Leaders of NATO countries will then meet in Madrid at the end of June.

While Sweden and Finland have applied to join NATO, the US has not chosen to commit further troops for their defense, though any movement of weapons by Russia – which has promised to respond to both countries’ accession to the transatlantic alliance – may result in further deployments. However, some NATO countries have agreed to provide support outside the official structure of the bloc while their applications are processed. (RT)