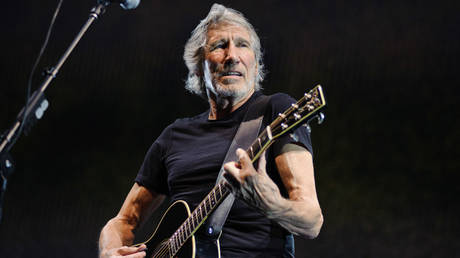 US President Joe Biden is fueling the Ukraine conflict, which is a “huge crime,” Pink Floyd co-founder Roger Waters said in an interview released on Saturday.

Waters sat down with CNN’s Michael Smerconish to discuss, in particular, the political views that the rock legend hasn’t shied away from displaying in his new concert tour ‘This Is Not A Drill’, which features a montage of alleged “war criminals.” The slideshow includes a picture of Joe Biden with a caption “WAR CRIMINAL. Just getting started.”

“[Joe Biden] is fueling the fire in Ukraine for start. That’s a huge crime. Why won’t the United States of America encourage [Ukrainian President Vladimir] Zelensky to negotiate, obviating the need for this horrific, horrendous war, that’s killing [people]?” he asked.

Waters also pushed back against Smerconish, who argued that Ukraine was “invaded” by Russia, noting that the entire crisis should be analyzed in the historical context.

“You need to look at the history… This war is basically about the action and reaction of NATO pushing right up to the Russian border, which they promised they wouldn’t do,” he added, recalling the Soviet leader Mikhail Gorbachev’s talks with the West on the withdrawal of Moscow’s forces from Eastern Europe.

Waters said that the conflict over Ukraine started as early as 2008, an apparent reference to the NATO summit in Bucharest at which the intentions of Ukraine and Georgia to eventually become full-fledged members of the alliance were supported. (RT)