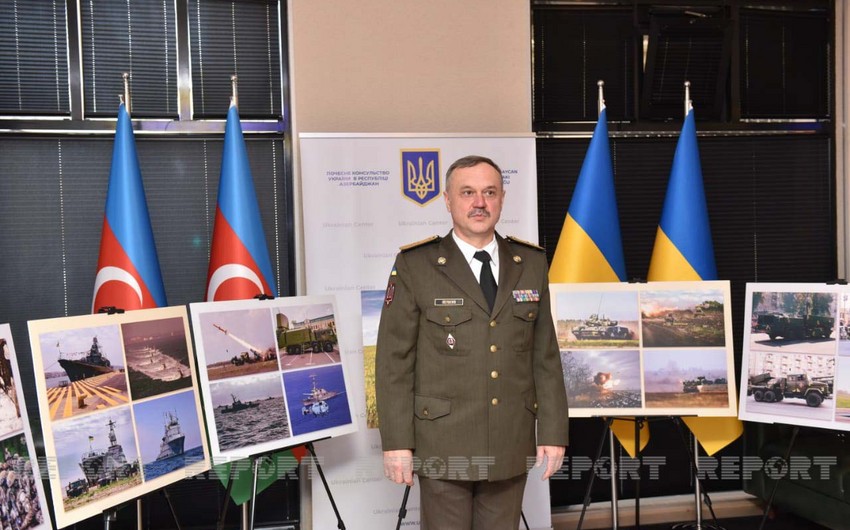 A photo exhibition dedicated to the 30th anniversary of the Armed Forces of Ukraine has opened at the Ukrainian Center in Baku, Report informs.

The exhibition titled “Ukraine Is There, Where We Are” was organized by the Ukrainian Embassy in Azerbaijan.

The embassy’s military attaché, Yuri Oksenenko, opened the event and expressed his satisfaction that the exhibition was held in Baku. Oksenenko talked about the history of the Ukrainian Armed Forces and its branches.