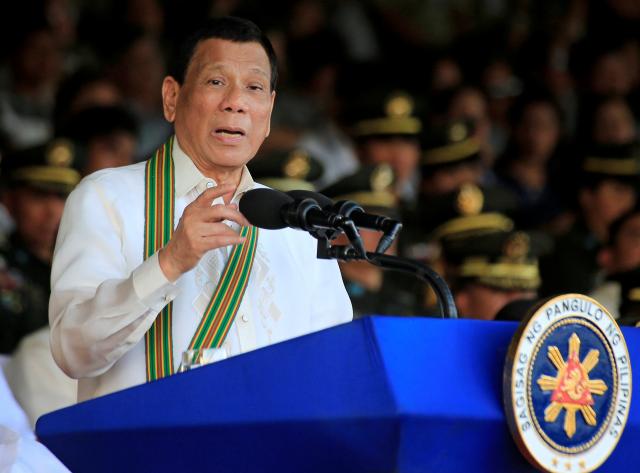 Philippines President Rodrigo Duterte has asked the Chinese Embassy to take back 1,000 donated Sinopharm vaccines after he was criticised for taking an unapproved vaccine.

In response, Mr Duterte said China should in future only send Sinovac vaccines – a separate Chinese vaccine that is in use in the Philippines.

Sinopharm has not yet been approved in the Philippines.

Both Sinopharm and Sinovac are expected to receive WHO approval this week.

Mr Duterte said he only got the Sinopharm shot under a compassionate use clause, and that his doctors had advised him to get vaccinated.

“Don’t follow my footsteps,” Mr Duterte said, according to local media reports. “It’s dangerous because there are no studies, it might not be good for the body. Just let me be the sole person to receive it.”

Explaining Sinopharm was not approved yet and possibly had multiple side effects, he added, “let’s just pull them out, so that there’s no issue”.

He also accepted criticism that the use of the unapproved vaccine was risky, saying: “We are sorry. You are right.”

Both Chinese shots are inactivated vaccines, which work by using killed viral particles to expose the body’s immune system to the virus without risking a serious disease response.

By comparison the Moderna and Pfizer vaccines being developed in the West are mRNA vaccines. This means part of the coronavirus’ genetic code is injected into the body, triggering the body to begin making viral proteins, but not the whole virus, which is enough to train the immune system to attack.

Currently, the only approved vaccines available in the country are AstraZeneca and Sinovac and both are being administered to frontline workers and vulnerable groups.

According to local outlet Rappler, it is not clear why Mr Duterte might not have taken any of the vaccines that were approved for emergency use.

The Philippines is one the worst-hit countries in South East Asia with more than 1m cases and almost 18,000 deaths linked to Covid-19.

According to studies cited in local media, more than half of Filipinos are unwilling to get vaccinated against Covid over fears the shots are not safe.

The vaccine hesitation is largely attributed to a scandal around a dengue vaccine administered to children in 2016.

Duterte’s administration already last year was under fire when the president’s security personnel were inoculated with Chinese vaccines long before any jabs had officially arrived in the country.