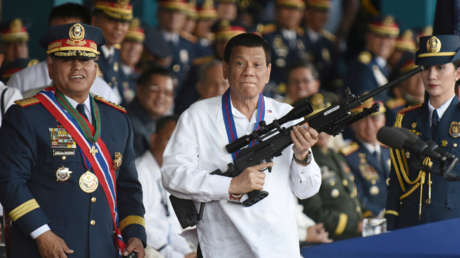 While addressing an official anti-communist taskforce on Friday, Philippines President Rodrigo Duterte defended himself against claims of corruption – but said he’s working on his other faults, including “extrajudicial killings.”

“Faults? Me? Plenty. But I don’t steal money,” Duterte said on Friday as he reviewed his own record as the country’s leader. “I just have cases of extrajudicial killings. We will get th