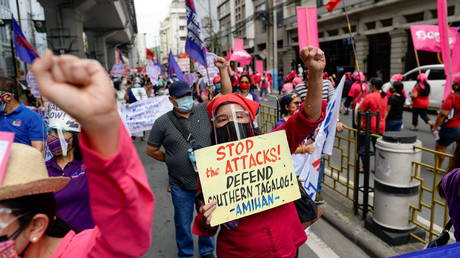 Filipino demonstrators gesture while holding placards and banners as they attend a protest during the International Women's Day, in Manila, Philippines, March 8, 2021. © Reuters / Lisa Marie David

The human rights watchdog in the Philippines has launched an investigation after nine unarmed individuals were killed by the country’s security forces in a coordinated operation near Manilla on Sunday.