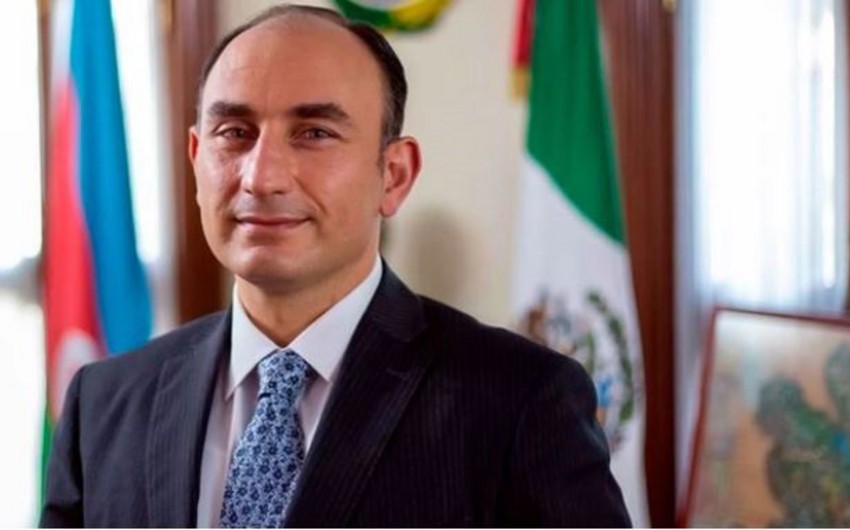 The well-known Peruvian newspaper La Republica has published an interview with Ambassador of Azerbaijan to this country Mammad Talibov about the post-war situation in Karabakh, Armenian vandalism, Azerbaijan’s work to restore and reconstruct the liberated territories, the difficulties encountered and conditions for establishing lasting peace in the region, the Azerbaijani Embassy in Mexico told Report.

The interview says that following the 44-day war, Azerbaijan liberated its territories from occupation, the conflict is considered resolved, an agreement was reached on the restoration of transport communications in the region, and that Azerbaijan is making important efforts towards economic revitalization of the region.

It is noted that during the almost 30-year occupation, one-fifth of the territory of Azerbaijan was completely destroyed by Armenia, these lands, where almost a million Azerbaijanis once lived, and which are now depopulated, were massively mined by the Armenians, who, despite the international humanitarian law, refuse to provide a map of the location of mines, in connection with which Azerbaijani compatriots still cannot return to their native lands.

Along with this, the publication writes that the government of Azerbaijan has set a goal in the shortest possible time to ensure the return of internally displaced persons to their homes, and for this purpose, intensive work is underway in the region to demine and create infrastructure, in particular, projects are being implemented to build transport routes, airports, hospitals, schools, “smart villages” and other projects, companies from countries friendly to Azerbaijan, such as Turkey, Italy and Israel, are involved in these works, using the most innovative technologies.

At the same time, the article tells about the restoration of the cultural and historical monuments of Azerbaijan, which were destroyed by Armenia during the decades of occupation.