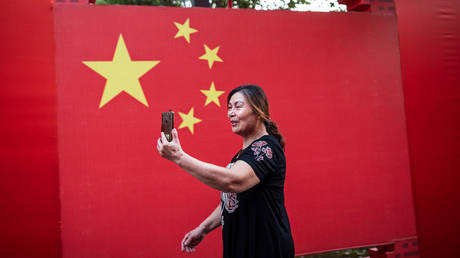 US House Speaker Nancy Pelosi’s (D-California) controversial visit to Taiwan may have negative ramifications for America’s most valuable company, as new labeling restrictions imposed by Beijing could delay the introduction of Apple’s latest smartphone, the iPhone 14. The possible delay was first reported by the website GSMArena.

It turns out that iPhones are made with chips supplied by Taiwanese semiconductor giant TSMC, and many of the handsets are assembled in China by another Taiwanese partner, Pegatron. In the wake of Pelosi’s visit to Taipei last week, the Chinese Communist Party (CCP) has reportedly vowed to begin enforcing a ban on any references to Taiwan or the ROC (Republic of China) on products entering the mainland.

According to a report on Friday by Japan’s Nikkei press agency, shipments of parts to Pegatron’s plant in Suzhou, west of Shanghai, were disrupted as they were checked for labeling violations. Pegatron denied that production had been affected, but Apple has directed its suppliers to strictly comply with the newly enforced customs requirements and avoid labeling products as ‘made in Taiwan’ or ‘made in ROC’, Nikkei said. 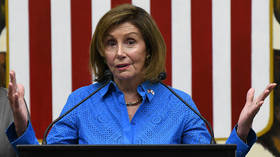 Violations could cause shipments to be seized by the Chinese authorities, or at least held up in customs and delayed. Sending them back for relabeling would also cause delays. Under regulations that were first announced in 2015, China requires products from Taiwan to be labeled ‘made in Taiwan, China’ or ‘Chinese Taipei’. (RT)