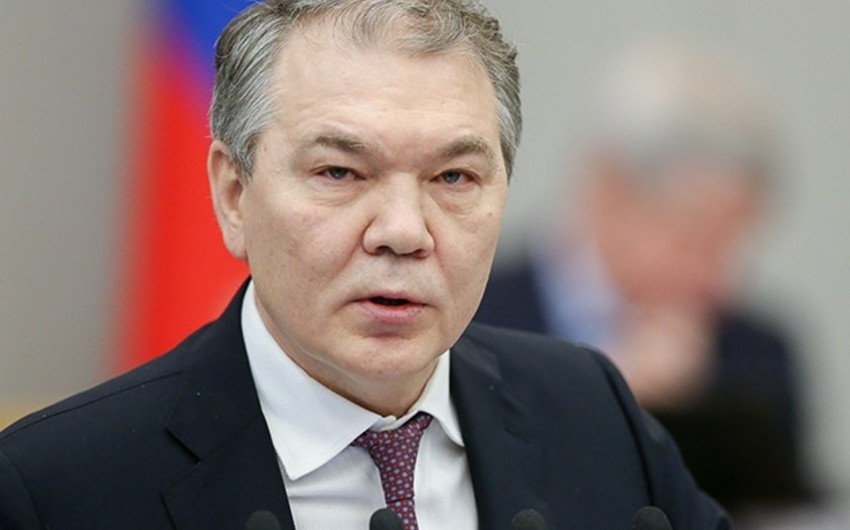 “Such security issues are most often resolved in silence. Statements in open areas in the presence of the press are made when you need to earn some political points, to establish yourself at the government level, in parliament, or elsewhere,” Kalashnikov said.

He believes that at first, Pashinyan could discuss the relevant ideas at his level. “He is a member of the CSTO; he understands the positions of the countries that are part of this organization, in particular, Tajikistan; he understands that there is instability there. In this regard, this must be done very carefully,” the head of the committee noted.

According to Kalashnikov, “the issue is complicated, serious, first of all, it should be resolved by three leaders: Putin, Aliyev, and Pashinyan.” “If it is brought out in the first place publicly, it starts to smell more like politics,” Kalashnikov said.

He noted that “fortunately, there are few incidents on the border between Armenia and Azerbaijan and they caused by the effect of the performer, and not because someone is attacking someone there.”

Earlier on Thursday, Pashinyan proposed to the CSTO to deploy a monitoring mission along the Armenian-Azerbaijani border.

“As a member of the CSTO, Armenia, which will become the chairman of the organization from September 16, understands its responsibility not to create threats to the security of the CSTO, not to involve the allied countries in hostilities. I officially rule out any provocation by the Armenian Armed Forces. I consider that to clarify the reality of mutual accusations on the part of Armenia and Azerbaijan, one of the solutions could be the deployment of the CSTO monitoring mission along the Armenian-Azerbaijani border,” Pashinyan said at a government meeting.