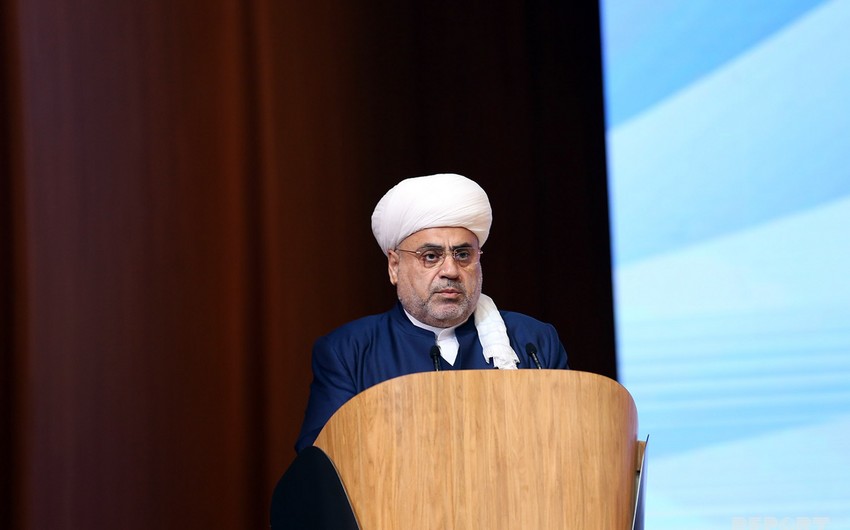 “Unfortunately, today’s reality is such that innocent people are still dying on Azerbaijani lands, being blown up by mines, since the maps of minefields have not yet been fully provided to our side,” Chairman of the Caucasian Muslims Office Sheikh-ul-Islam Allahshukur Pashazade said following the trilateral meeting of the religious leaders of Azerbaijan, Russia and Armenia in Moscow, Russian bureau of Report informs.

“To restore peace, efforts should be continued at all levels, including at the public and religious one. The Azerbaijani state has repeatedly declared its readiness for good-neighborly relations with Armenia, and the country’s religious community unequivocally supports this position. Azerbaijan, at the highest level, announced its determination to protect and restore all cultural and religious monuments in its territories liberated from occupation, to guarantee all citizens, regardless of their ethnic and religious affiliation, equal rights and freedoms,” Pashazade said.

“We, the religious leaders, must not tolerate the use of religion for ethnopolitical purposes. We believe that it is impossible to speak from the religious rostrum with calls for war and hatred because the bloody war brought irreparable grief to both peoples,” he added.