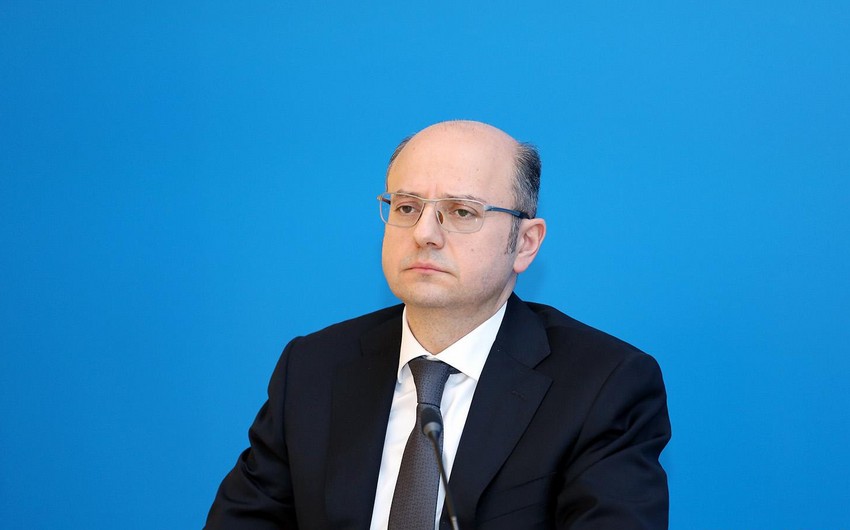 From the very beginning, special attention has been paid to the construction of energy infrastructure and ensuring energy security as an important part of restoring the liberated territories, the Minister of Energy Parviz Shahbazov said in an article published in the newspaper “Respublika” dedicated to the “October 20 Energy Day” entitled “A new era of Azerbaijani energy begins in Karabakh and East Zangazur.”

According to him, the Coordination Headquarters established immediately after the victory in November 2020 and one of the working groups of the Interdepartmental Center are working on energy supply: “The main goal is to fully supply the entire region with electricity by the end of this year. Following this goal, three of the four 20 MW hydropower plants restored in Lachin, Kalbajar, and Sugovushan have already been commissioned to restore electricity generation capacity. In addition to the 8 MW Gulebird, 7.8 MW Sugovushan-1 and Sugovushan-2 small hydropower plants, as well as the reconstructed 4.4 MW Kalbajar-1 small HPP, investigations are also underway with relevant agencies to rehabilitate 33 HPPs with a total capacity of up to 140 MW, which is currently in a state of disrepair.”

Shahbazov noted that “Dashalti” substation with the 4 MWA capacity of 35/10 kV was built and put into operation in Shusha city within the framework of construction of distribution network. Rehabilitation works were carried out at 35/10 kV substationa in Khojavend, Jabrayil, and Zangilan districts. At present, the construction of six 35 / 0.4 kV substations in Shusha city and one 35/10 kV substation in Hadrut settlement is underway. A 35 kV line was laid to supply Sugovushan settlement with electricity, and a 35/10 kV Sugovushan substation was built and put into operation.