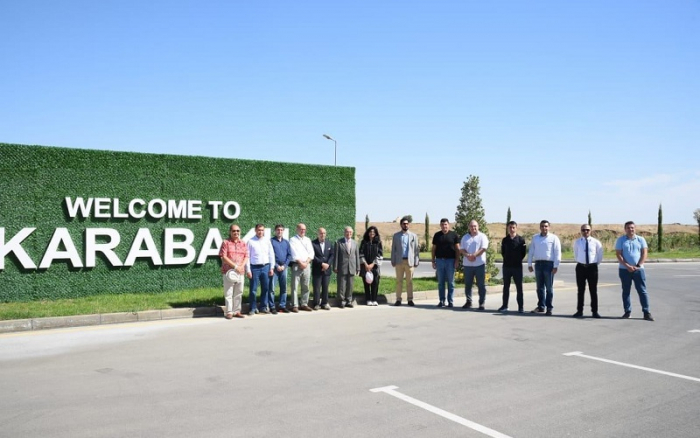 Participants of the I Forum of Azerbaijani Think Tanks have visited the Fuzuli International Airport.

The participants got acquainted with the airport’s infrastructure.

They were informed that the airport was commissioned in a record short time – within eight months, including the ongoing demining work.

Besides, the information was given to the visitors that it takes 35 minutes to fly from Baku to Fuzuli and that the Fuzuli airport also started operating international flights.

The visit of participants of the I Forum of Azerbaijani Think Tanks to the liberated territories of Azerbaijan began on September 29.

Earlier, the day before, discussions were held on the role of think tanks in the peace process in the South Caucasus after the 2020 Second Karabakh War as part of the I Forum of Azerbaijani Think Tanks.