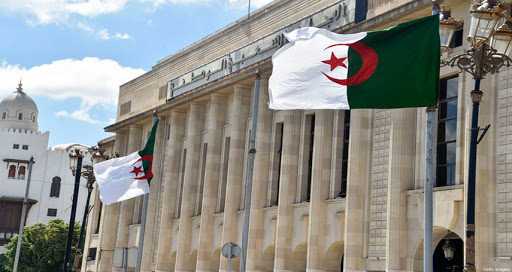 The Parliamentary Union of the OIC Member States (PUOIC) has issued a statement on the 29th anniversary of Khojaly Genocide. The document was published on the organization’s official website (en.puic.org).

The statement reads: “29 years have passed since the occupation of the Khojaly town and the genocide of its civilian residents in February 26, 1992, one of the bitterest consequences of the Armenian aggression against Azerbaijan.

After blockade of Khojaly town by the occupant Armenian armed forces, around 2,500 remaining civilians fleeing to reach the nearest safe area in order to survive were ambushed and brutally killed or captured near Nakhchivanly and Pirjamal villages. Others, mainly women and children died from frostbite while wandering in the mountains.

In all, as the result of genocidal massacre, 613 citizens of the Republic of Azerbaijan, including 106 women, 63 children and 70 elderly brutally killed by Armenians. 1275 were taken hostage, while the fate of other 150 people remains unknown. In the course of that tragic night 487 inhabitants of Khojaly were wounded, including 76 children; eight families were completely wiped out; 130 children lost one parent; and 25 children lost both parents. Of those who perished 56 were killed with particular cruelty: they were variously burned alive, beheaded or had eyes gouged out, while pregnant women were bayoneted in the abdomen. The town was razed to the ground.

National Leader of Azerbaijan Heydar Aliyev unveiled the essence of the Khojaly genocide and in February 1994, the Parliament of the Republic of Azerbaijan gave legal and political assessment of this crime.

President of the Republic of Azerbaijan Ilham Aliyev had always underlined that the only possible solution of the Armenia-Azerbaijan Nagorno-Karabakh conflict could be within the sovereignty, territorial integrity and internationally recognized borders of Azerbaijan, and had stated about the necessity for the unconditional withdrawal of Armenian armed forces from the occupied territories of Azerbaijan and prosecution of those who committed the act of genocide.

The “Justice for Khojaly” international campaign initiated by Vice-President of the Heydar Aliyev Foundation Leyla Aliyeva is one of the purposeful measures taken for dissemination in the world of the true information about the Khojaly genocide and recognition of this tragedy as an act of genocide committed against the people of Azerbaijan. Thus, relevant decisions have been made on this genocide act in several countries.

The issue of the Khojaly genocide was raised to be discussed at the parliaments of Pakistan, Mexico, Bosnia and Herzegovina, the Czech Republic, Jordan, Peru. Colombia, Paraguay, Honduras, Afghanistan. Indonesia and others adopted political documents on condemning the crime. Besides, the Khojaly genocide officially recognized by The Organization of Islamic Conference (OIC) and condemned as a massacre.

In its judgment of 22 April 2010, the European Court of Human Rights determined the massacre of the Azerbaijani civilian population of Khojaly town to be “acts of particular gravity which may amount to war crimes or crimes against humanity”.

The Republic of Armenia being an aggressor bears the responsibility of abovementioned crimes against the civilian population of Azerbaijan. The overall assessment of the causes and consequences of the war unleashed by the Republic of Armenia against the Republic of Azerbaijan and all existing facts of the tragic events in Khojaly make it absolutely clear that the crimes committed in that town of Azerbaijan were not an isolated or sporadic act, but a part of Armenia’s widespread and systematic policy and practice of atrocities. The intentional slaughter of the civilians in Khojaly was directed at their mass extermination only because they were Azerbaijanis.

Despite the agreement on ceasefire, Armenia’s military-political leadership continued their military provocations against Azerbaijan, made statements undermining the format and basic principles of peace talks and threatened the Republic of Azerbaijan with the statement of “new war for new territories”.

On September 27, 2020 in order to ensure the protection of life and security of the citizens of the Republic of Azerbaijan and to suppress the continuous combat activities of occupant Armenia, Azerbaijan Armed Forces, led by Victorious Commander-in-Chief Ilham Aliyev launched the counter-offensive operation using its right of self-defense to liberate occupied territories. During the 44-day Patriotic War, Jabrayil, Fuzuli, Zangilan, Gubadli districts, as well as Hadrut town and Shusha, the capital city of Azerbaijani culture were liberated from occupation.

Withdrawal of Armenian Armed Forces from Aghdam, Kalbajar and Lachin districts was ensured in accordance with the Declaration signed by the President of the Republic of Azerbaijan, the Prime Minister of the Republic of Armenia and the President of the Russian Federation on November 10. 2020 on the complete ceasefire and cessation of all hostilities in the zone of the Nagorno-Karabakh conflict. As a consequence, fundamental rights of hundreds of thousands of Azerbaijani civil citizens to return to their ancestral lands have been restored.

It should be emphasized that as in the Khojaly genocide the Republic of Armenia continued its crimes against humanity during the 44-day Patriotic War. Armenia deliberately targeted civilian population and infrastructures of populous Azerbaijani cities such as Ganja, Mingachevir and Naftalan, as well as Barda, Tartar and Goranboy, Khizi districts, located far outside the battlefield, with ballistic missiles and cluster bombs. As a result, more than 100 civilians, including 12 children and 17 women were killed, 423 civilians were wounded. Thousands of residential buildings and hundreds of social facilities, including hospitals, kindergartens, schools, trade facilities, religious and cultural sites were destroyed.

Paying to the tribute to the memory of martyrs on the eve of the 29th Anniversary of the Khojaly tragedy we state that this crime must be recognized and condemned by international bodies, and investigated by the special international commission in compliance with the norms and principles of international law, without allowing any double standards to bring the perpetrators to justice. Otherwise, impunity and silence will lead new human tragedies.

The people of Azerbaijan that commemorate the victims of the Khojaly genocide on February 26 of each year, still wait offenders of the genocide to be brought to justice. May Allah have mercy on all martyrs!”