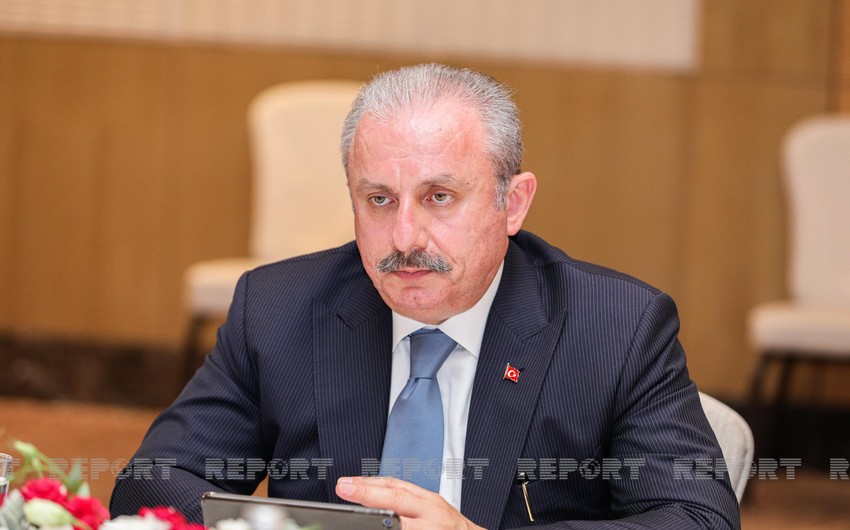 When Azerbaijani lands were occupied, a number of organizations recognized this occupation, Speaker of the Turkish Grand National Assembly Mustafa Sentop said at the third general conference of the Parliamentary Assembly of the Economic Cooperation Organization in Baku, Report informs.

The OSCE Minsk Group was created to end the occupation, but couldn’t find a solution, Sentop said.

He reminded that Azerbaijani lands were liberated as a result of the 44-day war: “I congratulate President Ilham Aliyev on this event. Karabakh is Azerbaijan!”

Sentop said that Turkiye supported Azerbaijan during the 44-day war, supports it now and will continue to support it: “That’s because in this war Azerbaijan stood for a just cause.”