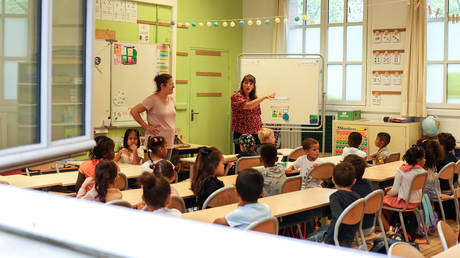 Schools should not suffer from efforts to sustain the grid over the winter, they say © Charly Triballeau / AFP

The closure of schools as a method of combating the energy crisis in France is unacceptable, French parents’ groups said this week.

The complaints came after the government instructed regional authorities to brace for potential localized power outages in case the grid gets overstrained during the winter season. Schools were not listed as sites prioritized in the energy supply network.

“Parents do not want school closures. We have seen the impact of closures on students,” Valerie Desouche, Deputy Secretary of the National Union of Autonomous Parents’ Associations (UNAAPE), told BFM TV on Thursday, referring to the lockdowns during the Covid-19 pandemic.

She added that it was “unthinkable” not to treat schools as a priority during the energy crisis.

“We want schools to be open at all costs,” Desouche said. “We can’t put children’s education second.” 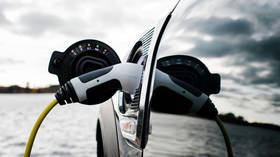 Vice President of the Federation of Parents for Public Education (PEEP) Laurent Zameczkowski also urged that schools be prioritized, saying “During the health crisis, we did everything to keep the schools open, and now the energy crisis will be the reason [to shut them down]?”

The group released a statement on Wednesday, arguing that “energy austerity cannot be done at the expense of the health and the future of students.”

According to France Info radio, the government plan entails potential outages between 8am and 1pm and between 6pm and 8pm that could last for up to two hours. Priority sites include hospitals, police stations and fire stations, but not schools, which could be forced to cancel some lessons.

“We are not saying that there are going to be power cuts, but that it is not impossible,” government spokesman Olivier Veran said on Thursday. France, together with many other European countries, has been looking for ways to conserve energy and been bracing for possible outages as Western states try to curb Russian oil and gas exports as part of sanctions over the Ukraine conflict. (RT)