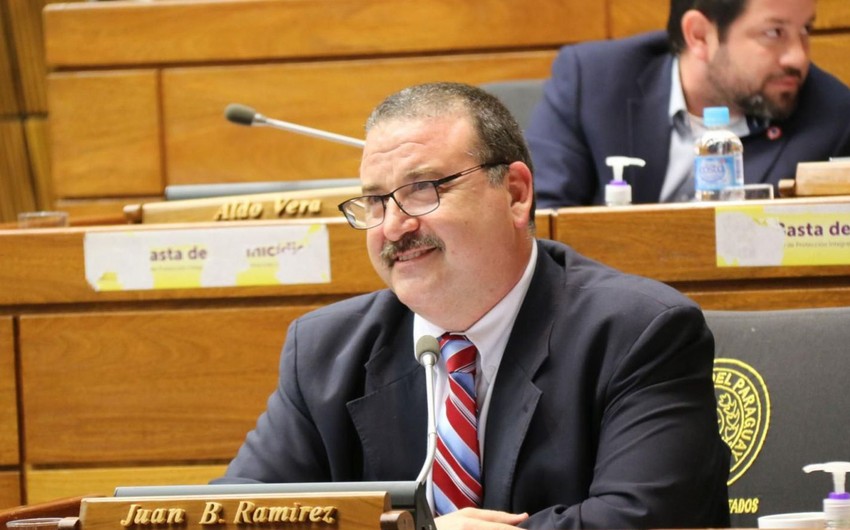 “We, as members of the National Senate in Paraguay, are appalled and horrified from the attacks committed by the fascist government of Armenia. We express our deepest condolences to the people of Azerbaijan for the innocent lives being lost.”
A member of the national Senate of Paraguay, Sen. Juan Bartolomé Ramírez Brizuela of National Congress of Paraguay, told Report commenting on the missile attacks of the Armenian armed forces on Azerbaijani civilians.

“It is a brutal attack that reminds us ugly days of World War Two. I want to express my solidarity and unconditional support for the people of Azerbaijan. European Leaders must condemn the fascist, murderous, inhumane attacks against Ganja, the second-largest city of Azerbaijan. These actions deserve the maximum attention from the International Community, and we in Paraguay are deeply shocked by the brutal attitude demonstrated by the Armenian terrorist leaders whose ties with organized crime are ever more evident.”

Head of Ukraine’s youth movement: Liberation of Karabakh is an example for us

Azerbaijan has worked much on its state Armed Forces to win the Second Karabakh war.…

Expert: Pashinyan chooses tactics of provocations for not being written off