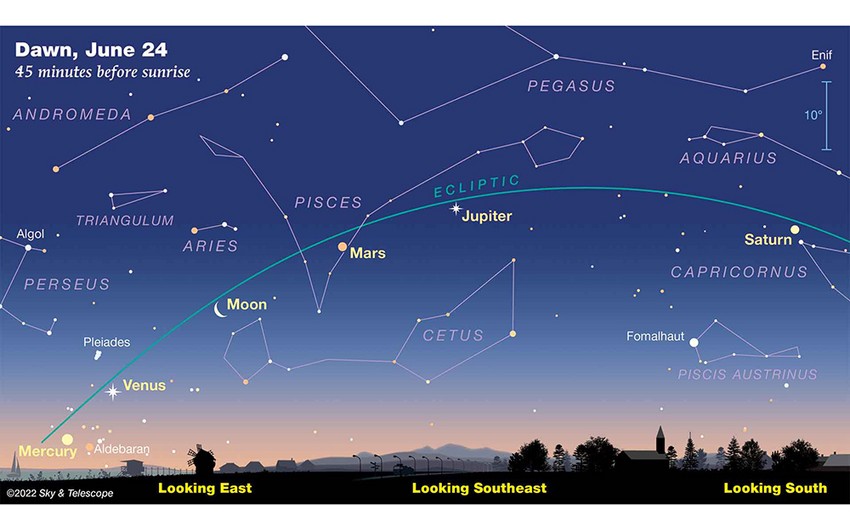 The most spectacular planet parade of the year will take place on the morning of June 24, Report informs, citing foreign media.

Observers will see five planets of the Solar System aligned in the sky: Mercury, Venus, Mars, Jupiter, and Saturn. In fact, this will be a seven-planet alignment as Neptune and Uranus will also join the celestial show. However, these two giant planets are too dim to be spotted with the naked eye.

The planets will extend from east to south (from north to east in the southern latitudes) across the sky. Observers from the Southern Hemisphere will have a better view — the planets there will rise earlier and climb much higher.

An additional bonus is the waning crescent Moon, shining between Venus and Mars. It will be slightly out of the “planetary line,” traveling from planet to planet during the latter half of June.