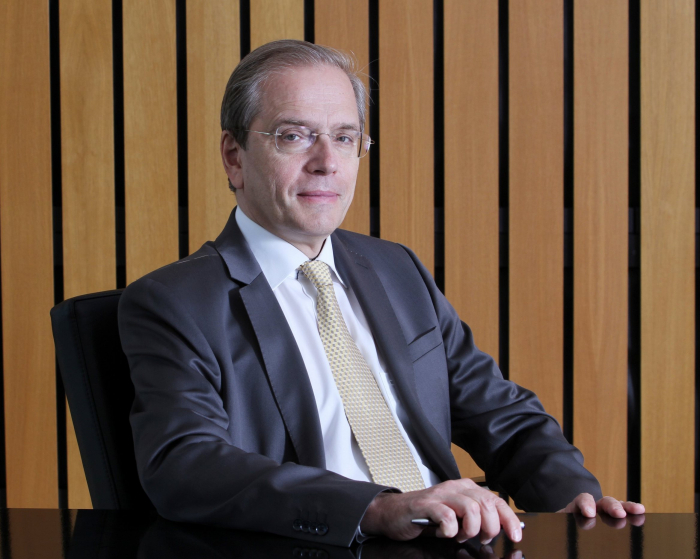 Black Sea Trade and Development Bank (BSTDB) and Azerbaijan have started the talks on the draft cooperation strategy, BSTDB President Dmitry Pankin said in an interview with Trend.

“We have worked out the first draft strategy of cooperation with Azerbaijan. Currently, we are talking about the four-year strategy. We have started the talks with Azerbaijani government and they will continue in August and September. We plan to submit the draft strategy to the BSTDB Board of Directors in September 2019, after which it should be formally approved by the Board of Governors. The strategy is expected to be officially approved in November or December 2019,” he said.

Talking about the details of the cooperation strategy, BSTDB president pointed out that it is a too general draft with no precise priorities.

“I would like to have more clear understanding of what our priorities will be in the country. Up until now, we have been trying to cover many spheres. We work both in the finance sector and manufacturing, as well as agriculture. We also look into infrastructure projects. We would like to have more clear understanding of where we can focus our efforts, find out in which spheres we are strong and further work exactly in those fields. We plan to work with Azerbaijan on projects in the sphere of renewables, processing in the sphere of agriculture, milk processing and equipment financing project,” Pankin explained.

The Black Sea Trade and Development Bank (BSTDB), an international financial institution with headquarters in Thessaloniki, Greece, was established by Albania, Armenia, Azerbaijan, Bulgaria, Georgia, Greece, Moldova, Romania, Russia, Turkey, and Ukraine. BSTDB started operations in June 1999 and has authorized capital of 3.45 billion euros. The Bank supports economic development and regional cooperation in the Black Sea Region through trade and project finance lending, guarantees, and equity participation in private enterprises and public entities in the member countries. BSTDB is rated A-/A-2 by Standard & Poor’s, and A2/P1 by Moody’s.

Read more:   Protest staged in Tbilisi against sale of farmland to foreigners