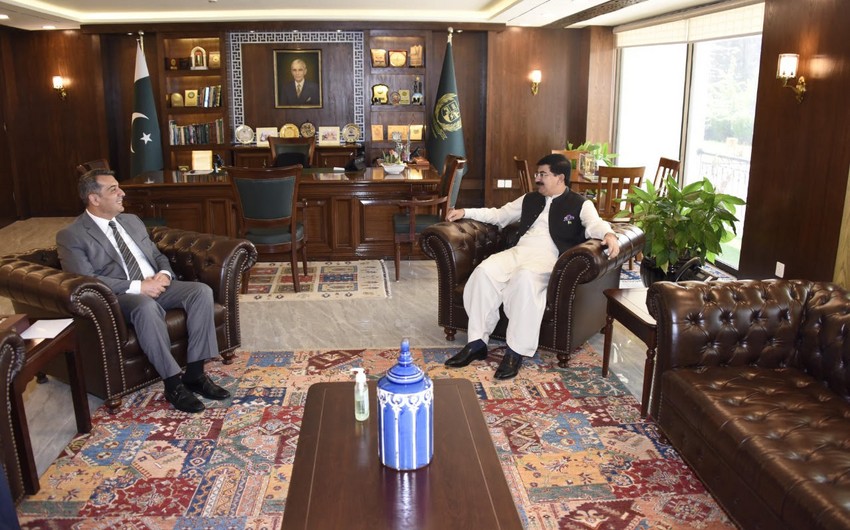 Noting that Azerbaijan and Pakistan support each other both bilaterally and internationally, Khazar Farhadov praised Pakistan’s political and moral support to Azerbaijan during the Patriotic War, including the country’s Senate, and expressed deep gratitude. The ambassador stressed the special contribution of high-level relations between the parliaments of Azerbaijan and Pakistan to the comprehensive development of cooperation between the two nations.

He also spoke about the activities of the joint intergovernmental commission between the two countries, working groups in trade and agriculture, and stressed the importance of establishing working groups in education, health, IT and energy. The ambassador also spoke about steps taken to further develop economic and trade relations between our countries and the existing vast potential.

Chairman of the Pakistani Senate Mohammad Sadiq Sanjrani congratulated Ambassador Khazar Farhadov on his appointment and wished him success in his new activity. The speaker spoke in details about the cooperation between the Pakistani Senate and Azerbaijan’s Milli Majlis (parliament).

Speaking about the Second Karabakh War, the speaker stressed that Azerbaijan’s victory is the victory of Pakistan. Muhammad Sadiq Sanjrani expressed his satisfaction with the high-level relations between the two brotherly countries and expressed confidence in the need to further strengthen cooperation in all areas, especially in the economic and trade spheres, adding that the Pakistani Senate will provide all necessary assistance.