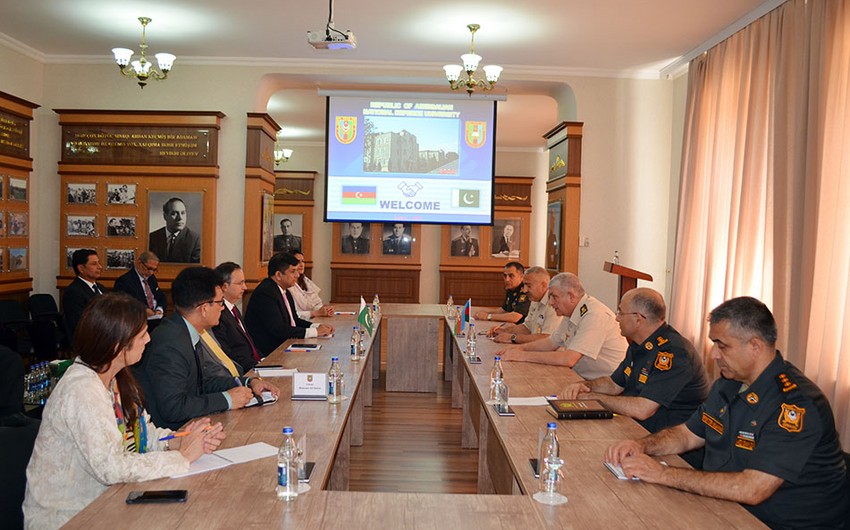 A delegation consisting of high-ranking civil servants of the Pakistani government studying at the National Management College of the Islamic Republic of Pakistan visited the National Defense University. The Pakistani delegation is on a visit to Azerbaijan.

Report informs, citing the Ministry of Defense, the rector of the National Defense University, Professor, Lieutenant General Heydar Piriyev said they were glad to see the Pakistani guests in Azerbaijan.

During the meeting, the sides exchanged views on the current state and prospects for the development of cooperation in the field of military education between the two countries, as well as on other issues of mutual interest.

An extensive briefing about the National Defense University and the Second Karabakh War was presented to the delegation.

Ambassador Extraordinary and Plenipotentiary of the Islamic Republic of Pakistan to the Republic of Azerbaijan Bilal Hayee also participated in the meeting.

In the end, a photo was taken.