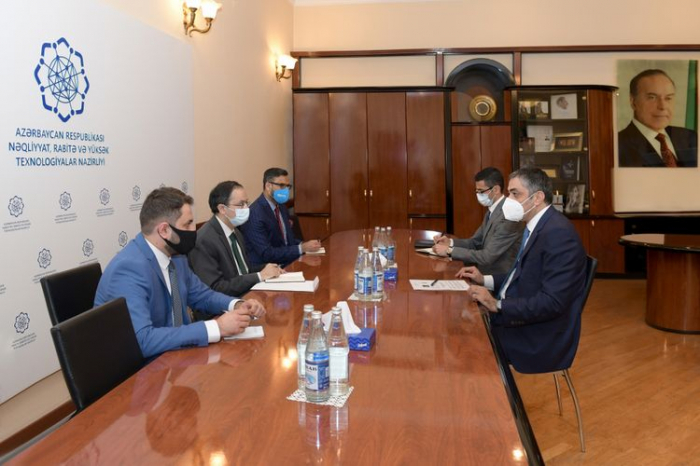 The international community should condemn Armenian warcrimes and call it to refrain from committing terror attacks against civilians, said the  Minister of Transport, Communications and High Technologies of Azerbaijan Ramin Guluzadeh in his meeting with newly appointed Ambassador Extraordinary and Plenipotentiary of the Islamic Republic of Pakistan to Azerbaijan Bilal Haye.

Minister Ramin Guluzade congratulated Bilal Haye on the beginning of his diplomatic mission in Azerbaijan wishing him success. During the meeting, the sides discussed the recent Armenia  military provocations against Azerbaijan.

Ramin Guluzade also stressed the number of casualties among civilians and damage to civilian infrastructure as a result of Armenian missile attack on Barda city on October 28.

The minister also emphasized the results of Armenian war crimes stating that the international community should condemn Armenia and call it to refrain from committing terrors against civilians.

Ambassador Bilal Haye highlighted Pakistan’s support to Azerbaijan in the Nagorno-Karabakh conflict. The sides exchanged views on innovation and high technologies, as well as the current state and prospects of cooperation in the field of transport.