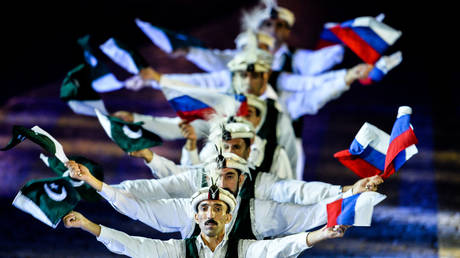 Islamabad, which just settled a Soviet-era debt dispute with Moscow, now wishes for “a new phase” in relations with Russia. Geopolitics, coupled with promising new trade opportunities, could help them thrive, analysts explain.

Russia-Pakistan relations returned to a brighter place this week, when Prime Minister Imran Khan voiced his desire to give them a powerful boost. While hosting a sizable Russian delegation led by Trade Minister Denis Manturov, Khan signaled that his country is ready to open its doors to Russian businesses and investors.

And it doesn’t look like wishful thinking at all. Under a massive deal signed in Islamabad, Russia will pour $1 billion into the revival and upgrade of the Pakistan Steel Mills (PSM), built with Soviet assistance. The two also had in their sights reconstructing a gas pipeline, building a railway network and procurement of the Sukhoi-built SSJ-100 narrow-body jets.

Pakistan has also agreed to pay off $93.5 million it had borrowed from the Soviet Union, thus dismantling the last hurdle affecting its commercial ties with Russia. Obviously, both Moscow and Islamabad want the ball to roll faster – at least when it comes to doing business – but could they engage each other, given Russia’s time-tested ties with India, and Pakistan’s alignment with the US?

Talking to Russian Minister for Trade and Industry Denis Manturov, who called on him here, the prime minister Imran Khan underlined Pakistan’s commitment to commence a new phase in the relationship with the Russian Federation. pic.twitter.com/X2Ci3CC3P0

Well, geopolitical considerations may previously have played a role, but old alliances shift or become more flexible, some analysts RT has talked to believe.

“A new world order is in the making that provides Pakistan a window of opportunity to diversify its foreign policy options,” Dr Khuram Iqbal, assistant professor at the National Defense University of Pakistan, pointed out.