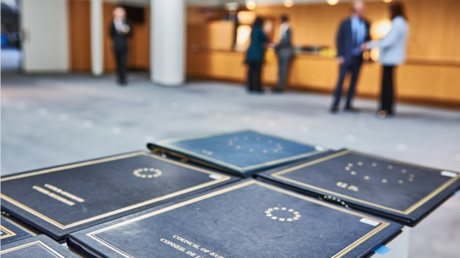 The Council of Europe has invited Russia to participate in the summer session of its Parliamentary Assembly (PACE), after ruling that all members have the “rights to vote.” Moscow was stripped of its voting rights in 2014.

All PACE member states have the “rights to vote, to speak and to be represented in the Assembly and its bodies shall not be suspended or withdrawn in the context of a challenge to or reconsideration of credentials,” the Parliamentary Assembly said after passing an amendment to its rules of procedure by 118 votes to 62, with 10 abstentions.

Also on rt.com Russia to stay in PACE, European ministers say despite anger from Ukraine

Following the Monday night vote that clarified the scope of possible sanctions against member states, Russian lawmakers will finally be allowed to present their credentials for the June 2019 PACE session to “ensure that member States’ right and obligation to be represented and to participate in both statutory bodies of the Council of Europe is respected,” the Parliamentary Assembly said. (RT)