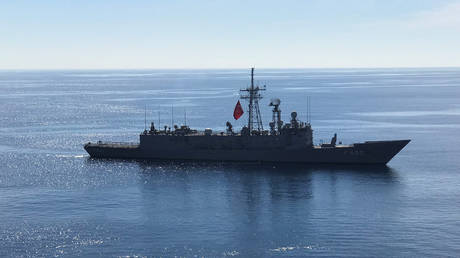 Greek Foreign Minister Nikos Dendias has said Athens wants to expand economic and military partnerships with Israel and other countries in the region to counter “the hostile policy” of neighboring Turkey.

Foreign ministers from Greece, Cyprus and Israel pledged on Tuesday to increase cooperation in the defense and energy areas. The three states are at odds with Ankara over energy boundaries in the eastern Mediterranean.

“Our region is not going back to the 19th century,” Dendias said. The warning to Turkey came after he met with Israel’s Gabi Ashkenazi and Cyprus’ Nikos Christodoulides. (RT)