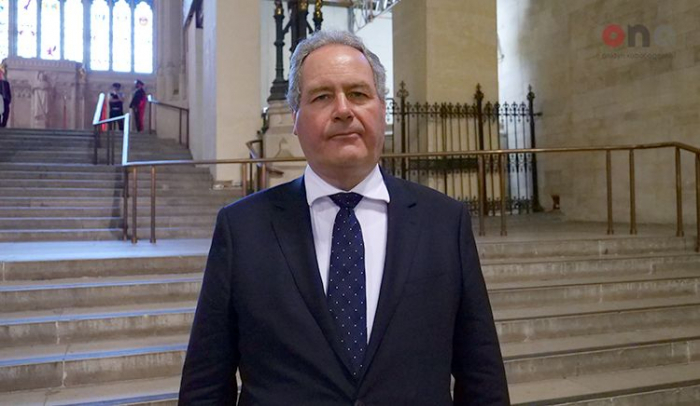 “I have visited Azerbaijan several times and eyewitnessed the tragedy caused by the Armenia-Azerbaijan Nagorno-Karabakh conflict”, Bob Blackman, Member of the British Parliament, Chairman of All-Party Parliamentary Group on Azerbaijan said.

Azerbaijanis have been living as IDPs and refugees for about 30 years: “Nevertheless, the Azerbaijani government has taken every necessary step to provide IDPs and refugees with housing. However, all these people have one dream: to return to their lands!”

B.Blackman condemned the targeting of civilians and civilian settlements of Azerbaijan located far from the conflict zone by the Armenian Armed Forces: “I was deeply concerned by the reports about Armenia’s firing on Azerbaijani civilians and settlements located far from the line of direct contact. This is a gross violation of international law. The civilian population came under artillery fire. I must emphasize that civilians, including children and women, lost their lives as a result of the attacks on Ganja, the second-largest city in Azerbaijan”.

The British parliamentarian noted that the Nagorno-Karabakh conflict takes place within the internationally recognized and defined borders of Azerbaijan: “Armenia has not implemented four UN Security Council resolutions on the withdrawal of the Armenian army from the Nagorno-Karabakh region and seven surrounding regions. The OSCE Minsk Group, which mediated the conflict, has not fulfilled its mandate and needs to be changed. I hope that the conflict will be resolved soon and in a peaceful way and that Azerbaijanis, Armenians and other peoples will live in peace, understanding and harmony”.