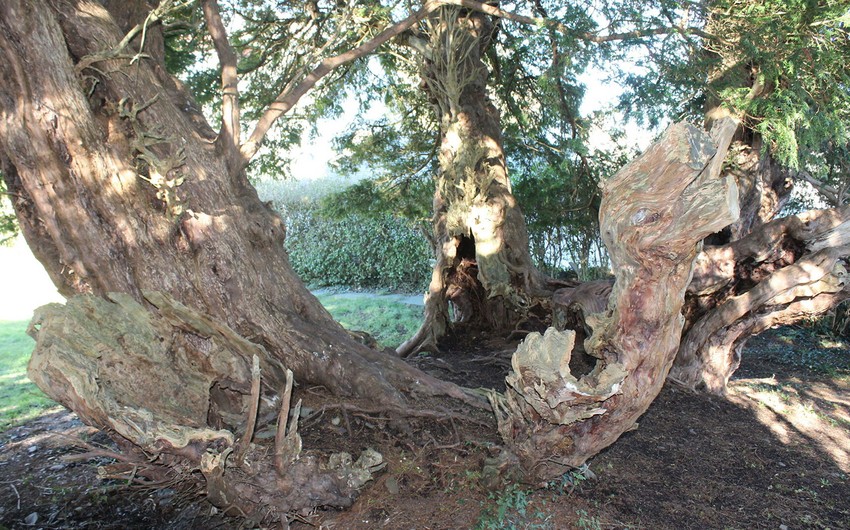 One of Wales’ oldest trees, found in a small village just outside of Brecon, has decided to have a late-life sex change.
A male yew tree at Llanfeugan Church in Pencelli, believed to be 3,000 years old, has shocked villagers by suddenly producing berries, Report says, citing RIA Novosti.

Woodland Trust spokeswoman Ruby Harrison said the switch “could be a response to stress or a change in environment.”

She said there had been similar occurrences around Europe.

But she added: “It’s lovely to see it on our ancient yews, though, because it reminds us that they are survivors. Even though they’re old, they’re still living, sensing and responding, and able to reproduce.”