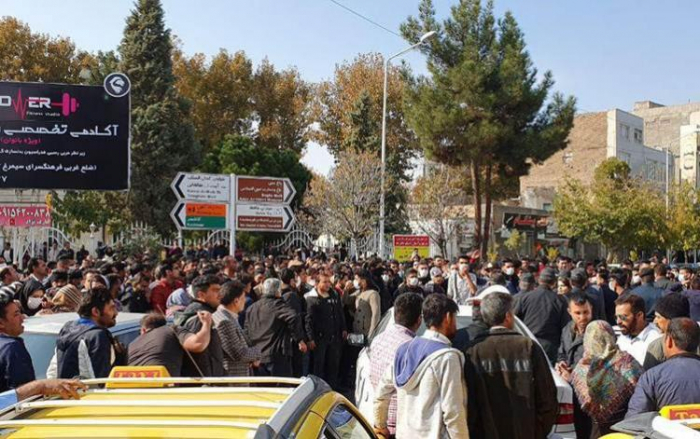 One person was killed in the Iranian city of Sirjan during protests that erupted after President Hassan Rouhani’s government imposed gasoline rationing and price hikes of at least 50 percent on Saturday, according to Iranian ISNA news agency.

“One person was killed in Sirjan but … we are investigating whether he was killed by the security forces who were trying to bring back calm to the city,” ISNA quoted local official Mohammad Mahmoudabadi as saying.

“The situation is calm in the city and everything is under control since last night.”

The Iranian government announced on Friday that the price of a liter of regular gasoline had increased to 15,000 rials (12.7 U.S. cents) from 10,000 rials and the monthly ration for each private car was set at 60 liters. Additional purchases would cost 30,000 rials per liter.

Hundreds of people protested against the price hikes in areas including the northeastern city of Mashhad, in the southeastern province of Kerman and the oil rich province of Khuzestan, Iranian media reported.