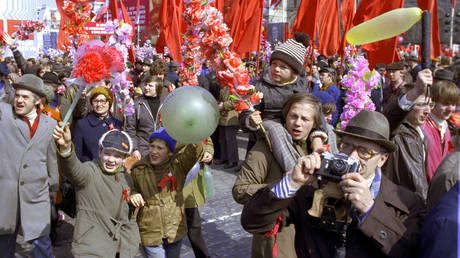 Around 20% of Russians don’t know what the acronym USSR stands for, and one in four can’t name a single republic that made up the colossal Soviet Union before its collapse at the end of the 20th century, a new poll has revealed.

A study of 1,600 people, conducted by the Russian Public Opinion Research Center and published on Monday, found a large proportion of citizens struggled to recall details about the Communist state that spanned from Central Europe to the Far East for nearly 70 years. The poll uncovered the fact, for instance, that nearly a fifth didn’t know the official title of the Soviet Union was the Union of Soviet Socialist Republics.

Of the respondents, 11% admitted they didn’t know the meaning of the acronym, and 8% said they knew it but then incorrectly recalled it. In their defense, most of those in these two groups fell in the 18 to 24 age range, indicating that they were born years after the USSR’s dissolution. (RT)