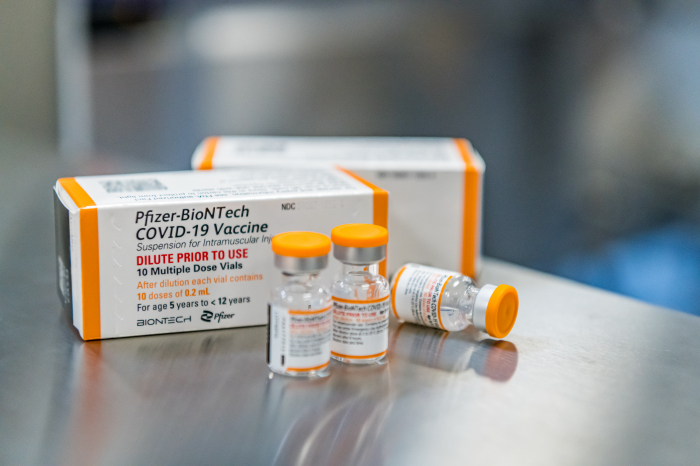 Pfizer and Moderna said they have plans in place to deal with a vaccine-resistant variant scenario. Moderna said it’s already testing a higher-dose booster.

With the emergence of the omicron COVID-19 variant, which has now been detected in southern Africa, Europe, Israel and Hong Kong, a number of pharmaceutical firms are announcing they have plans in place to adapt their vaccines if necessary.

Scientists say there is still much to learn about the new variant, which the World Health Organization has listed as a “variant of concern.” They know that omicron is genetically distinct from previous variants including the beta and delta variants, but do not know if these genetic changes make it any more transmissible or dangerous. So far, there was no indication the variant causes a more severe disease.

It will also likely take weeks to determine if omicron is more infectious and if existing vaccines would still be effective against it.

AstraZeneca, Moderna, Novavax and Pfizer say they already have plans to react. Pfizer and its partner BioNTech said they have been monitoring for potential variants capable of evading its mRNA vaccine.

“In the event that [a] vaccine-escape variant emerges, Pfizer and BioNTech expect to be able to develop and produce a tailor-made vaccine against that variant in approximately 100 days, subject to regulatory approval,” Pfizer said in a statement.

Moderna said it been developing a strategy since early 2021 to respond to new variants of concern and has identified three response options. The first is doubling the dose of its current COVID-19 booster from 50 micrograms to 100 micrograms.

“The 100 [microgram] dose of mRNA-1273 has also recently been studied by the National Institutes of Health (NIH) in the U.S. and has generally resulted in the highest neutralizing titers against prior SARS-CoV-2 strains,” Moderna said in a statement. The company says it has already dosed 306 people to test safety and efficacy.

Read more:   Ghislaine Maxwell complains she's being mistreated in jail because of Epstein's 'suicide', as lawyers want her moved into gen-pop

Moderna said its second strategy is testing two multi-valent booster candidates that were designed to anticipate mutations like those found in the omicron variant.

The third strategy, according to Moderna, is to quickly develop an omicron-specific booster. The company said it has already been working on this for other variants, including Delta. Moderna said it has been able to get booster candidates to clinical testing within 60-90 days.

Moderna, Pfizer and Johnson & Johnson are the only manufacturers with vaccines authorized for use in the U.S. The Food and Drug Administration and Centers for Disease Control and Prevention recently authorized boosters for all adults and have OK’d a mix-and-match option, so fully vaccinated people can get whichever booster they want or is available.