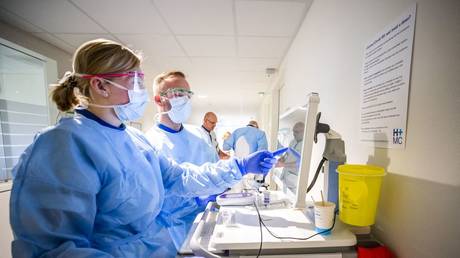 The Omicron Covid-19 variant arrived in the Netherlands before it was first reported to the World Health Organization (WHO), according to new data presented by the nation’s health watchdog.

The new strain was already present in the Netherlands more than a week before its first cases were confirmed by Dutch health authorities, the country’s National Institute for Health (RIVM) said on Tuesday.

Traces of the Omicron strain were found in two test samples taken by the Dutch municipal health services on November 19 and 23, the RIVM said in a statement. The samples show that the new strain arrived in the Netherlands at least 10 days before November 28, when the health watchdog confirmed 13 such cases for the first time. (RT)