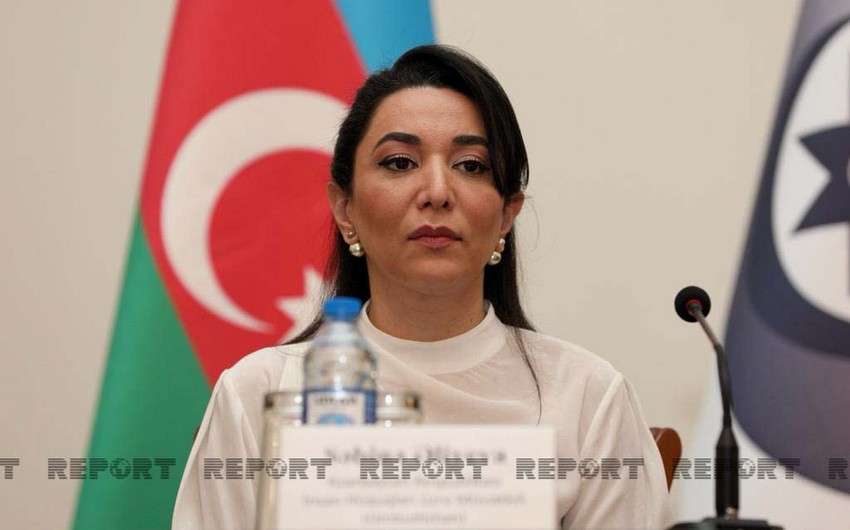 According to Report, the statement reads:

Two years ago, that is, on 27 September 2020 the Armenian armed forces started large-scale military operations by intensively attacking the positions of the Azerbaijani Army and densely populated civilian settlements like Gapanli village of Tartar, Chiragli, and Orta Garavend villages of Aghdam, Alkhanli and Shukurbeyli villages of Fuzuli and Jojug Merjanli village of Jabrayil districts in order to occupy new territories with the use of large-caliber weapons, mortars and artillery of various calibers, which resulted in human casualties.

Thus, to prevent military aggression of Armenia and liberate our occupied territories, Azerbaijan used its right to self-defense by carrying out counter-attack operations in line with the norms of international law, including Article 51 of the United Nations Charter.

During the 44-day Patriotic War, the Armenian armed forces intensively fired at heavily populated Naftalan, Aghdam, Aghjabedi, Beylagan, Dashkesen, Fuzuli, Goranboy, and Tartar districts and city centers from the prohibited weapons, even Ganja and Mingachevir cities, Barda, Gabala, Siyazan, and Khizi and other districts, which were located far away from the combat zone were subjected to long-range operational-tactical and ballistic missile attacks. The next target of Armenia was Baku, the capital city of Azerbaijan, however, it failed to do so.

We have to note that war crimes committed by Armenian armed forces with the use of banned “Scud”, “Smerch” and “Isgender-M” ballistic rockets, as well as white phosphorous and cluster munitions without hesitation caused to death of nearly 100 civilians, of which 12 were children, and over 450 civilians were badly injured. Furthermore, over 12 thousand civilian objects, including more than 3410 houses, 120 multi-floored apartment buildings, numerous schools, hospitals and kindergartens in Azerbaijan were destroyed or fell into disrepair as a result of artillery attacks.

It should be noted that today it’s necessary to solve the clashes between states as one of the global problems and to build peace for the elimination of serious obstacles to the development of mankind in terms of fulfillment of the UN Sustainable Development Goals. Therefore, ensuring just and sustainable peace, serving directly to the protection of fundamental human rights by promoting a peaceful and inclusive society for the sake of sustainable development, and putting an end to racial, ethnic, and religious discrimination among the peoples, unreasonable conflicts, and double standards are of utmost importance.

In this regard, after the signing of the tripartite statement of 10 November 2020 declaring the cease of hostilities between Armenia and Azerbaijan, new opportunities were created for the restoration of peace, which serves the normalization and development of interstate relations in the South Caucasus in line with the new realities, overcoming long-term conflict, and for restoration of economic and transport communications in the region.

Despite all this, Armenia, which regularly creates impediments to the peace by carrying out racial, ethnic, and religion-based hatred policy for long years, along with the assertion of unlawful territorial claims to Azerbaijan, has been still continuing to commit military provocations aimed at severe violation of human rights. This is once more confirmed by the facts of multiple attacks on the positions of Azerbaijan by the Armenian armed forces during the postwar period, and a large-scale military provocation, that started to be committed at night hours on 12 September 2022 in the directions of Dashkesen, Kalbajar, and Lachin of the Azerbaijan -Armenia state border, causing the violation of the rights of servicemen and civilians to life, live in safety and right to health. In addition, it is an indication that namely, Armenia does not support peace as it repeatedly violates the ceasefire regime, lays the Armenia-produced multiple mines in various directions using mountainous terrain and valley gaps of the territory of Azerbaijan in the darkness, especially in the places where large-scale restoration and construction works are being carried out, as well as on the supply routes, and attacks made on the diplomatic missions of Azerbaijan abroad by the people of Armenian origin.

Incidentally, the laying of mines and other explosive ordnances in our territories by Armenia during the occupation period and the failure of them to provide us with accurate minefield maps are still remaining as a problem. In general, during 1991-2022 years, 3190 citizens of Azerbaijan, including 355 children, and 38 women became victims of mine explosions. From November 2020 to September 2022, 242 persons were hit by mines, of which 40 persons died and other 202 got serious bodily injuries.

Military provocations purposefully committed by Armenia, in violation of the norms of international humanitarian law (IHL), including the 1949 Geneva Conventions for the protection of war victims and their Additional Protocols, intended to seriously damage sustainable peace and security in the region, along with prevention of extensive reconstruction works carried out in the liberated areas and the return of former internally displaced persons to their own lands.

Based on what has been said above, we think that just and sustainable peace takes an important role in the effective enforcement of obligations arising from the universally recognized norms and principles of international law, including IHL, as well as the UN SDGs; however, considering that Armenia has not yet given up its ethnic and religious-based hatred and aggression policies against Azerbaijan and constantly hinders peace process and causes threat and danger to the provision of sustainable peace in the South Caucasus region, it is necessary to take the following measures immediately:

International organizations, states, foreign ombudspersons, and other national human rights institutions must join efforts to ensure fulfillment of the norms and principles of international law, including IHL by Armenia, which severely violates the rights of Azerbaijanis due to their racial, ethnic, religious and cultural affiliation, and to ensure the restoration of sustaining peace;

Armenia should respect the universally recognized territorial integrity of Azerbaijan and completely stop its provocative actions aimed at severe violations of fundamental human rights, such as the right to life, right to live in safety, and right to health by threatening the lives and health of the civilian population;

The delimitation and demarcation processes between Azerbaijan and Armenia with a view to clarifying the boundary line between states should be carried out objectively and a peace deal, which is significant in terms of political and economic development of the region, should be ensured;

Armenia should provide Azerbaijan with objective information about the fate of persons who went missing during the First and Second Karabakh Wars and share accurate minefield maps of the liberated territories;

Illegal armed forces belonging to Armenia should be immediately withdrawn from the territory of Azerbaijan, and all items of the Tripartite Statement of 10 November 2020 should be fulfilled by creating an opportunity for the opening of transport communications that is important for the development of the region, as well as for building new transport communication lines that will connect the Nakhchivan Autonomous Republic with the western districts of Azerbaijan, and for returning and peaceful living of internally displaced persons and refugees in their ancestral lands;

Unpleasant actions causing the formation of intolerance towards Azerbaijanis in Armenia and beyond its borders and hindering a sustaining peace between the parties, as well as using hateful and spiteful speeches on social media that promote enmity should be strongly condemned. Necessary legal measures should be taken in connection with the attacks made on the diplomatic missions of Azerbaijan in line with the 1961 UN Vienna Convention on Diplomatic Relations, and the 1973 Convention on the Prevention and Punishment of Crimes against Internationally Protected Persons, including Diplomatic Agents;

We do hope that with the joint support of well-known international organizations and peaceful states, Armenia will coherently fulfill its obligations arising from international human rights treaties, including IHL norms, as well as all items of joint statements concluded on 10 November 2020 and 11 January 2021 by the President of the Republic of Azerbaijan, Prime Minister of the Republic of Armenia and President of the Russian Federation and consequently, stability, security, and economic development in the South Caucasus region will be achieved.

The Commissioner for Human Rights of the

Pakistani businessmen have been invited to invest in the industrial zones of Azerbaijan. Report informs,…