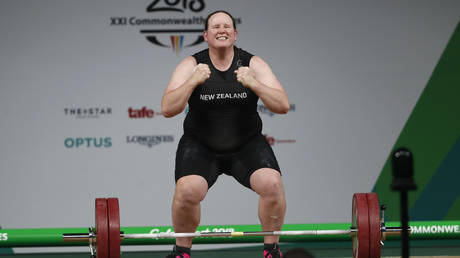 The International Olympic Committee has heaped praise on New Zealand’s Laurel Hubbard for “courage and tenacity” as the transgender weightlifter prepares to compete at the Tokyo Games.

Hubbard’s presence in Tokyo has caused controversy, with claims that the Kiwi weightlifter has an unfair advantage over rivals who were born female.

Yet supporters – which include New Zealand Prime Minister Jacinda Ardern – have dubbed it a historic moment for the rights of trans people.

Dr Richard Budgett, the Medical and Scientific Director of the IOC, has now insisted “everyone agrees that trans women are women.”

He did, however, accept that the issue is “large, difficult and complex” – before offering his backing to Hubbard’s right to compete.

“To put it in a nutshell, the IOC had a scientific consensus back in 2015,” Budgett said.

“There are no IOC rules or regulations around transgender participation. That depends on each international federation.

“So Laurel Hubbard is a woman, is competing under the rules of her federation and we have to pay tribute to her courage and tenacity in actually competing and qualifying for the Games.”

But it’s New Zealand who is making history this year, with Laurel Hubbard becoming the first ever out trans athlete to compete in a solo event at the Olympic Games 🏳️⚧️She will be hoping for a medal in the weightlifting event pic.twitter.com/UNcQeSHpTZ

Budgett seemed ready to accept that Hubbard had an advantage in having gone through male puberty, but was eager to stress that inclusivity must be an important factor too.

“There are lots of aspects of physiology and anatomy, and the mental side, that contribute to an elite performance,” he said.

“It’s very difficult to say, ‘Yes, she has an advantage because she went through male puberty,’ when there’s so many other factors to take into account.”

“Each sport has to make their own assessment depending on the physiology of that sport, so that they can ensure there is fair competition, but also the inclusion of everyone – whether they’re male or female – so they are able to take part in the sport they love.”

Also on rt.com A new book explains why the first transgender athlete to compete against women at the Olympics has wired-in, unfair advantages

“There is a lot of disagreement across the whole world of sport and beyond on this issue of eligibility,” accepted Budgett.

“Everyone agrees transgender women are women. But it’s a matter of eligibility for sport, and particular events, and it really has to be very sport-specific.

Budgett explained why 2015 guidelines, which state trans women can compete in women’s categories without the need for gender reassignment surgery if they keep their total testosterone level in serum below 10 nanomoles per liter, have not been updated.

“One of the reasons there is no new framework published yet is not just because of the difficulty in coming to any consensus,” he said.

“It’s because it would have been inappropriate to come out with new guidelines just before the Olympics.

“There will be a new framework to help individual sports and we’re working very closely with them, but it’s not published yet,” Budgett vowed. (RT)