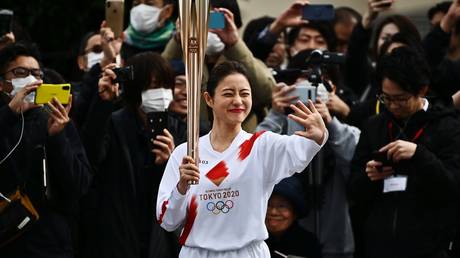 Dick Pound, a senior member of the International Olympic Committee (IOC), says that they have three months to decide whether or not the 2020 Olympics should be held as scheduled amid the worsening spread of the deadly coronavirus.

The virus, which was first discovered in China in December, has since spread to several countries across the globe and in addition to a combined death toll of 2,698 (as of February 25), it has also played havoc with several sporting fixtures in recent weeks.

The summer games are scheduled to take place between July 24 and August 9 this summer but several qualifying events have already been dropped as officials scramble to institute guidelines as to how to curb the spread of coronavirus which has seen the numbers of people infected in Japan, South Korea and Italy surge – and fears remain that this summer’s sporting centerpiece could also fall victim to Covid-19.

Read more:   Pompeo says US is ready to conclude a new nuclear agreement with Iran

“You could certainly go to two months out if you had to,” Pound told the Associated Press of the timeframe in which the IOC has to make a definitive decision on the viability of the Tokyo Olympics going ahead as planned.

“A lot of things have to start happening. You’ve got to start ramping up your security, your food, the Olympic Village, the hotels, the media folks will be in there building their studios,” he said.

“This is the new war and you have to face it. In and around that time, I’d say folks are going to have to ask: ‘Is this under sufficient control that we can be confident about going to Tokyo, or not?”

Pound admitted that if the health and safety of athletes and sports fans alike cannot be guaranteed “you’re probably looking at a cancellation.”

Several sports events, including April’s Chinese Grand Prix, have been postponed as the virus continues to greatly concern to agencies such as the World Health Organization (WHO) who have said that that the situation could develop into a global pandemic.

Four Serie A fixtures were postponed over the course of the weekend following an outbreak in the northern Italian regions of Lombardy, while includes Milan, and Veneto which is 90 miles outside of Turin. Three Spanish football fans claim to have contracted coronavirus after travelling to Milan to watch a Champions League game between Atalanta and Valencia

Meanwhile, The Gazzetta dello Sport reports that Inter Milan’s Europa League round of 16 fixture with Ludogorets Razgrad could be played behind closed doors.

The forced cancellation of the Olympics, though, would represent the most high profile sports even to impacted by the virus.

“It’s a big, big, big decision and you just can’t take it until you have reliable facts on which to base it,” Pound continued, also saying that holding the games at a later date isn’t an option that can be considered.

“You just don’t postpone something on the size and scale of the Olympics,” he said. “There’s so many moving parts, so many countries and different seasons, and competitive seasons, and television seasons. You can’t just say, we’ll do it in October.” (RT)

Kiwis stuck in New Dehli call for help from the government