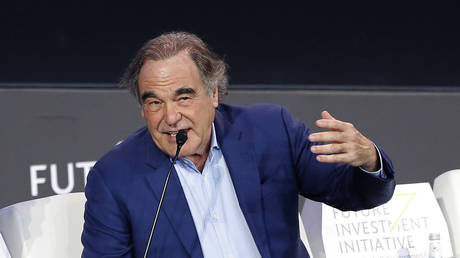 The US turning Ukraine into an anti-Russian country since 2014 is the root cause of the current conflict, award-winning film director Oliver Stone said in an interview with the Serbian daily Politika, published Monday.

“Who are we to point fingers at anyone?” Stone told his interviewer ahead of the Red Sea International Film Festival (RSIFF) in Jeddah, Saudi Arabia, where he chairs the jury. “We’re telling Russians what to do, I mean it’s ridiculous, given what we’ve done.”

What is currently happening in Ukraine is “not simple at all,” Stone added, but it’s getting reduced in the West to “Russians invaded.” There is no mention of anything that has been happening in the Donbas since 2014, or how many people were displaced because the US was arming Ukraine.

“Since 2014, Ukraine was no longer neutral but anti-Russian, and that’s what disrupted the balance,” Stone told Politika, adding that “every war has causes and consequences” if one one is willing to pay attention.

The ‘Snowden’ director has also produced two documentaries about the events in Kiev, ‘Ukraine on Fire’ in 2016 and ‘Revealing Ukraine’ in 2019. Both have faced bans, boycotts and attacks over the course of this year. 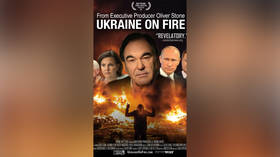 The US is quick to condemn any country in the world when it supposedly violates the “rules-based international order,” but “America breaks all the rules whenever it wants and you know it,” Stone told his Serbian interviewer.

He expressed regret for voting for Joe Biden, saying the “grandpa” turned out to be very dangerous, with a “dream” of regime change in Moscow so the US can control Russia again as it did in the 1990s. Barack Obama’s choice of Biden as his running mate in 2008, in order to appease the establishment Democrats, was “a huge mistake,” Stone said. He also argued the only hope for the US would be the emergence of a third party, as both Democrats and Republicans are beholden to the military-industrial complex.

Read more:   Trump claims Iran now respects US because of his own genius policies

Stone’s most recent documentary, ‘Nuclear,’ addresses the role of atomic energy in dealing with climate change. It will also be shown at the RSIFF. Asked if he was still a rebel, Stone replied he was getting old and having troubles with his eyesight and hearing, but he prefers to “live on my feet than die on my knees.” (RT)