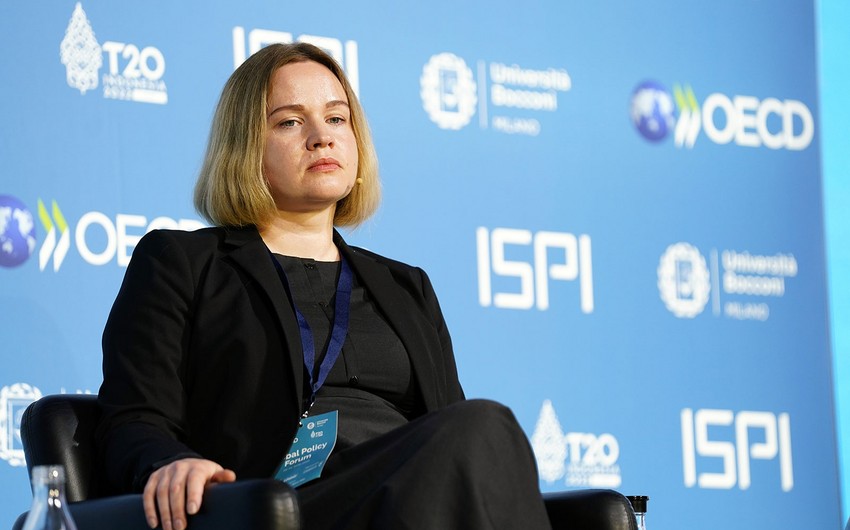 Oksana Pokalchuk, the head of Amnesty International’s office in Ukraine, has resigned from her post after a scandal over the human rights organization’s criticism of the actions of the country’s military amid its war with Russia, Report informs via foreign media sources.

Pokalchuk announced her resignation in a statement on Facebook one day after Amnesty International accused the Ukrainian military of endangering civilians by establishing military bases in schools and hospitals and launching counterattacks from heavily populated areas.

“If you don’t live in a country invaded by invaders and are tearing it to pieces, you probably don’t understand what it’s like to condemn an army of defenders. And there are no words in any language that can convey this to someone who has not felt this pain,” Pokalchuk said.

In its statement Thursday, Amnesty International said that the tactics of the Ukrainian armed forces “violate international humanitarian law and endanger civilians, as they turn civilian objects into military targets.”

On Friday, the NGO’s Secretary General, Agnès Callamard, assured that the report’s conclusions were “based on evidence obtained during extensive investigations subject to the same rigorous standards and verification process as all Amnesty International’s work.”

“We have documented a pattern of Ukrainian forces putting civilians at risk and violating the laws of war when they operate in populated areas,” she said.