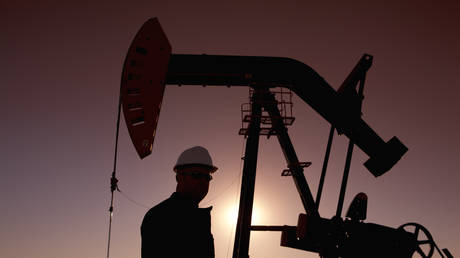 Oil prices were on a downslide on Monday, falling to their lowest level since the start of the year, trading data shows.

The European benchmark, Brent crude oil futures for November, dropped in price by 2.4% to $84.55 a barrel on the London Intercontinental Exchange. Brent slid below $85 per barrel for the first time since January 14.

The US benchmark, West Texas Intermediate crude fell by 2.6% to $77.24 per barrel, its lowest since January 6.

Analysts who spoke to news outlet RBK said the current decline in oil prices is occurring against the backdrop of a stronger US dollar, the anticipation of further interest-rate hikes by global central banks, and recession fears.

Rising interest rates could lead to the deterioration of the global economy and to recession, which would lower fuel demand, while a stronger US dollar limits the ability of non-dollar consumers to buy oil, analysts explain.

“A backdrop of global monetary policy tightening by the key central banks to quell elevated inflation, and a splendid run-up in the greenback towards more than two-decade highs, has raised concerns about an economic slowdown and is acting as a key headwind for crude prices,” Sugandha Sachdeva, vice president of commodity research at Religare Broking, told Reuters.

The markets are now waiting for the next meeting of the Organization of the Petroleum Exporting Countries and allies (OPEC+), scheduled for October 5. Currently, the group is producing below its targeted output, having missed its target by 3.58 million barrels per day in August.