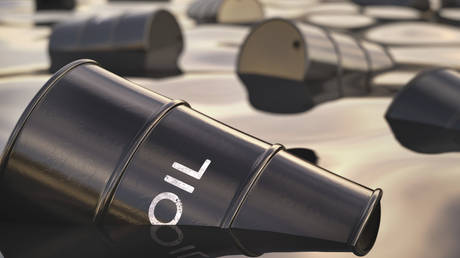 Oil has entered a bear market as fears of an economic downturn mount. The fundamentals look much tighter than the swoon might suggest, but the supply and demand picture is also beginning to look more negative.

The EIA report was exceptionally weak, showing a strong build in crude oil (+6.8 million barrels), gasoline (+3.2 million barrels) and distillates (+4.6 million barrels). The combined builds across multiple products surprised the market. Sometimes, these figures sort of offset each other. For instance, if refiners are running really hard, they tend to build up gasoline stocks, but they use up crude oil in the process, so crude inventories dip even as gasoline stocks rise. This time around there was none of that. Increases across the board led to a plunge in oil prices.

“Oil has a Lehman Brothers moment,” is how Standard Chartered described it. The investment bank puts out its own “bull-bear index,” ranging from -100 to +100, measuring the direction the market seems to be heading in a given week.

Also on rt.com War with Iran could send oil prices to $250 per barrel

“Our US oil data bull-bear index registers -96.7, only slightly better than the extreme -100 reading of two weeks ago,” the bank said. “The four-week average of the index is -79.4, taking it far below the five-year range.” There hasn’t been such a negative four-week run since 2008, the bank said. In other words, oil market fundamentals are heading in a really bearish direction, and the last time things looked this bad was during the financial crisis.

The flip side is that the US economy is not spiraling out of control in the way that it was after the collapse of Lehman Brothers. So, it’s possible that oil prices “have overshot to the downside,” Standard Chartered noted. “We think oil prices are now around USD 10 per barrel (bbl) too low on a fundamental basis, unless a specific data point is believed to be a leading indicator rather than a temporary blip,” Standard Chartered analysts said in a separate report on Tuesday. 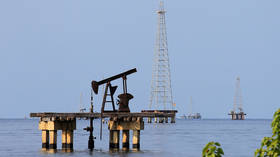 Still, demand is starting to weaken. Standard Chartered notes that weakness is mostly confined to distillates (i.e., weaker activity in manufacturing and agriculture), with consumption in May dropping 9 percent, year-on-year. While gasoline demand has held up, it is still off 1.7 percent from a year ago.

A Wall Street Journal survey of 10 investment banks finds an average Brent forecast of $70 per barrel for the year. Brent is now in the low-$60s, so major analysts are largely shrugging off the current tailspin and believe that crude will rebound. They are looking past the possibility of an economic downturn and instead are focusing on tightening supply conditions due to declines in Venezuela, Iran, potentially Libya and temporary outages from Russia. “I’m still happy with our forecasts,” Warren Patterson, senior commodities strategist at ING, told the WSJ. “The selloff we’ve seen has been purely driven by macroeconomic and trade concerns, and if we look at the fundamental picture, we see oil supply continuing to tighten.”

Read more:   Venezuela intends to complain to UN over US

But it isn’t as if economic concerns have no effect on the fundamentals. Obviously, an economic downturn would undercut demand, leading to a supply/demand mismatch. The pending US tariffs on Mexico, should they go forward, would almost certainly deepen the gloom. Bank of America Merrill Lynch admitted as much. “Fears of an escalating trade war, particularly following last Thursday evening news regarding new US tariffs on Mexico, have shattered confidence. Manufacturing PMIs could deteriorate further in the months ahead, derailing our $70/bbl average oil price projection for 2019,” the bank said. (RT)