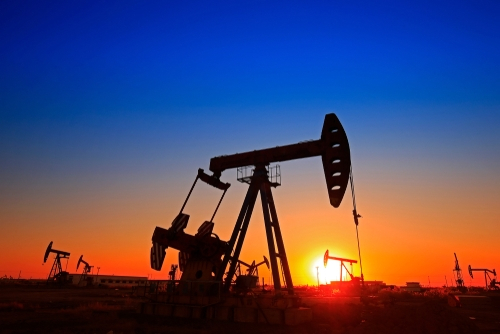 Oil prices dipped on Wednesday after industry data showing a build in U.S. crude stockpiles added to worries about oversupply, but hopes for a swift economic recovery in China limited losses, according to Reuters.

“The market is mixed as optimism about China’s quick economic rebound is offset by persistent worries that the rising coronavirus cases in the United States and other areas will stall a recovery in fuel demand,” said Satoru Yoshida, a commodity analyst with Rakuten Securities.

Adding to pressure, the U.S. Energy Information Administration (EIA) said on Tuesday that U.S. crude oil production is expected to fall by 600,000 barrels per day (bpd) in 2020, a smaller decline than the 670,000 bpd it forecast previously.

However, it also expected global oil demand to recover through the end of 2021.

“The EIA’s forecast of a lower decline in U.S. output was partially cushioned by its outlook for firm demand recovery, which limited losses in oil markets,” Hiroyuki Kikukawa, general manager of research at Nissan Securities said.

“Still, expectations that the Organization of the Petroleum Exporting Countries (OPEC) and allies would taper oil output cuts from August and softer U.S. equities added to pressure,” he said.

Abu Dhabi National Oil Co (ADNOC) plans to boost oil exports in August, the first signal that OPEC and its allies, together known as OPEC+, are preparing to ease record oil output cuts next month, three sources familiar with the development told Reuters.

Key ministers in the OPEC+ grouping are due to hold talks next week.

Victoria Premier Daniel Andrews has reported 450 new cases since yesterday’s update. Some 139 of…

US slaps levy on some Canadian aluminium

More than two million Indians have now tested positive for Covid-19, according to official figures.…

Macron says ‘Lebanon is not alone’ as he visits devastated Beirut, gets quickly blasted for hypocrisy

‘The Matrix’ was always meant to be a ‘TRANS STORY,’ Lilly Wachowski claims