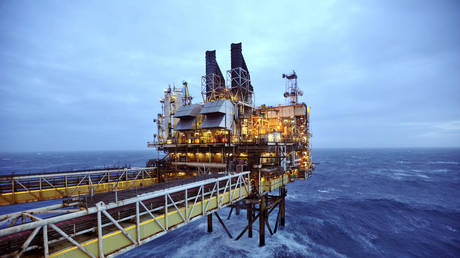 A section of the BP oil platform is seen in the North Sea, around 100 miles east of Aberdeen in Scotland. © Reuters / Andy Buchanan

And while the effects of the Covid-19 pandemic on onshore drilling may already be wearing off here and there where drilling is cheap, they may linger for longer offshore.

Despite major progress made by oil companies in the cost department, offshore drilling often remains more expensive than onshore drilling, not least because the process of extraction is more complex. These are costs that one can’t cut or forgo. What this means in the current environment, is that offshore oil may suffer more than onshore oil.

In the North Sea, almost a third of the oil left on the UK continental shelf is no longer economical to extract, a recent study found. According to it, with Brent crude at $45 a barrel, 28 percent of the oil was uneconomical. But Brent hasn’t traded at $45 a barrel for months and is unlikely to reach even $40 a barrel by the end of this year if we are to believe oil analysts. This means that more oil will become uneconomical, and not just in the North Sea.

Also on rt.com A nightmare scenario for offshore oil

In the U.S. section of the Gulf of Mexico, Baker Hughes reported a rig count of just 12 in its latest weekly rig count report. That’s down from 22 in March and 19 in April. Forbes’ Scott Carpenter notes this was the lowest weekly rig count in ten years. And it is not unlikely the rig count will continue to fall if prices stay where they are. Meanwhile, production platforms are shutting down, too.

When shale drillers began suspending production because their breakeven prices were higher than the production costs of a barrel of oil in most parts of the U.S. shale patch, there was worry some of that production may be lost forever. The same is true of offshore production. The Wall Street Journal reported last month that producers in the Gulf are shuttering production, and many fear it might take years before this production returns. What is happening in the Gulf of Mexico is happening elsewhere as well, with producers pressured by crippled demand. 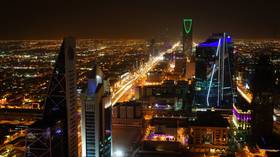 “I felt like I had a pretty good handle on it (2020 activity) three weeks ago, but I just don’t know right now,” one industry executive told WorkBoat in mid-March. “What I would have told you then is that based on what we saw through the course of 2019, and even at the beginning of this year, activity was increasing in the deepwater,” the executive VP of Jackson Offshore Operators said.

Read more:   'Door is open for Britons to have second Brexit referendum'

The truth is, nobody knew any of this would happen. The oil industry was caught unawares by both the price war and the pandemic, and it is still reeling from the blow. In the offshore segment, there appear to be three main challenges, according to Rystad Energy: a sharp drop in offshore oilfield services and equipment, financial vulnerability, and excessive capacity, Offshore Magazine’s Jessica Stump reported last month.

These are by no means unique to offshore but they may have more severe consequences there: offshore projects take longer to get from approval to launch, which means the current project delays—and the cancellations—could stump offshore production growth for years, if not permanently.

Then there are the bankruptcies. According to Rystad Energy, the Covid-19 pandemic could lead to a drop of $5 billion in oilfield services purchases in Europe—a continent that extracts almost all of its oil offshore—which means that a fifth of providers of these services could go under. And Europe is not the only place where offshore oil accounts for most or all oil output.