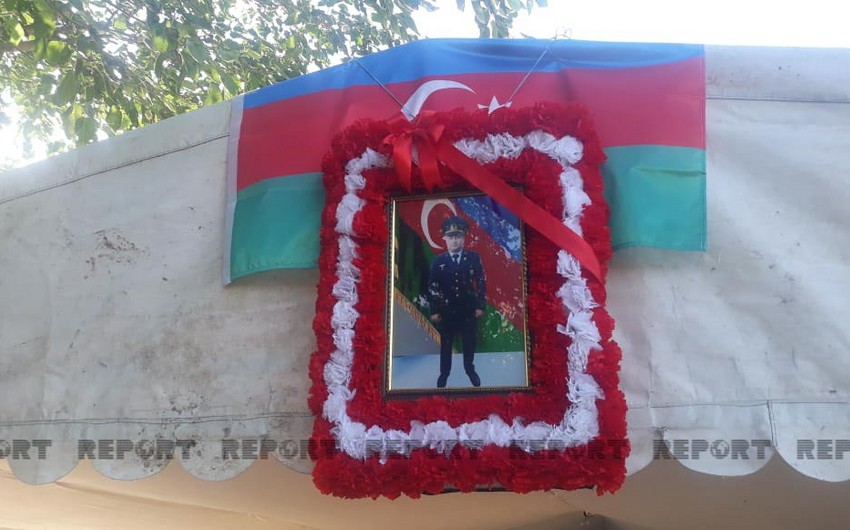 The body of senior lieutenant Nasibov Elmeddin Suleyman, who died in a traffic accident in the service area of the Gubadli special border division of the Border Troops of the State Border Service (SBS), was delivered to the Tovuz district and handed over to his family.

According to the Western Center of Report, the ceremony of farewell to the officer is taking place in the house on Mirza Alakbar Sabir Street in Tovuz.

Along with the martyr’s relatives, public representatives and residents of the region are also taking part in the ceremony.

After the farewell ceremony, the martyr will be buried in the Tovuz city cemetery.

Notably, on June 16, at about 16:40, a traffic accident took place in the service area of “Gubadli,” a special border division of the Border Troops of the SBS. As a result, the servicemen in the car – senior lieutenant Nasibov Elmaddin Suleyman and sergeant Kamalli Kamal Vilayat died.